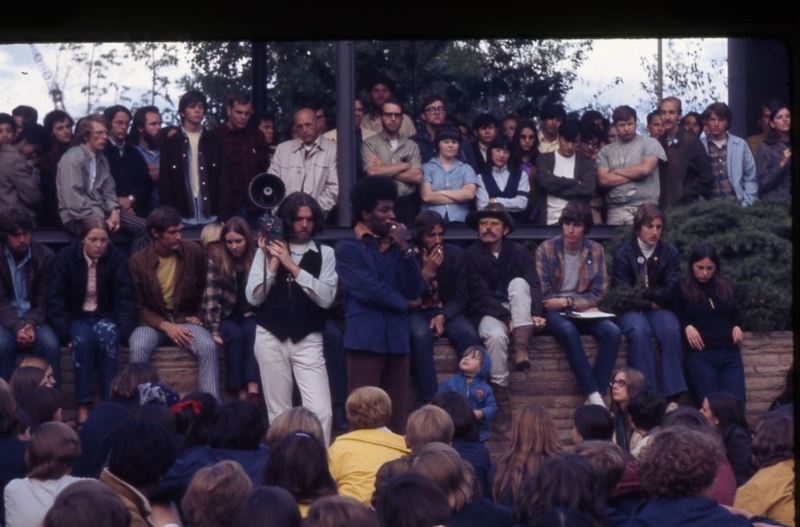 Rally in support of the Pullman Four

On January 9, 1969, a student basketball game at Washington State University (WSU) between students from Goldsworthy Hall and WSU's Alpha Gamma Rho chapter ends in scuffle where players from Alpha Gamma Rho hurled racial slurs at opposing players. This incident, indicative of larger social tensions, was a sign of conflicts to come over the next two years.

The protests that occured at WSU in 1969 and 1970 reflect several social issues whose roots extend prior to 1969. Earlier in the decade massive civil rights protests lead to the signing of the Civil Rights Act in 1964. During the 1960s, second wave feminists advocated for an end to bans on contraception, workplace discrimination, and other issues affecting women in the United States. In addition to racial and gender inequality, the Vietnam War sparked broad opposition out of concern regarding the proper use of American military force and the mounting casualities of Americans troops and those living in Vietnam and neighboring countries.

The protests featured in this exhibit center around responses to the Vietnam War and a handful of racially charged events in Pullman. These protests show how larger debates can impact local events and ulimately impact lasting change on campus.

Spirit of the Times →
Introduction