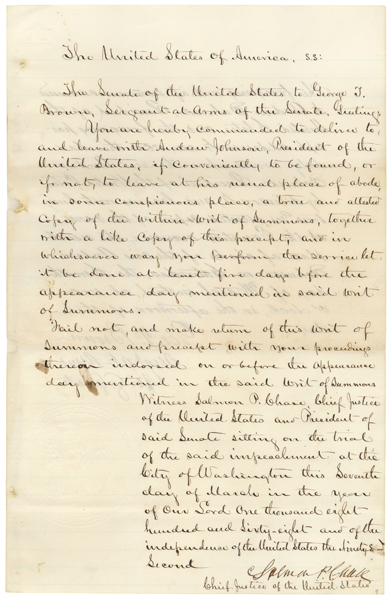 The Writ of Summons for the Impeachment of President Andrew Johnson Signed by Chief Justice Salmon P. Chase notified the President of his impending impeachment proceedings - giving him both the date of the trial and the reasons for being accused; “unmindful[ness] of the high duties of his office” 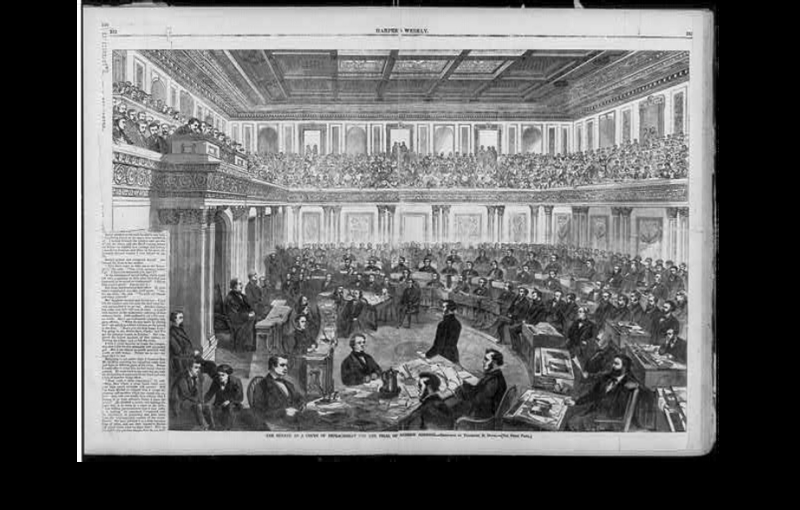 "The Senate as a Court of Impeachment for the Trial of Andrew Johnson." 1868 Harper's Weekly.

This sketch is the assembled court for the impeachment trial of President Andrew Johnson, as seen in Harper's Weekly. President Johnson is on trial for his misconduct while in office in terms of violating the Tenure of Office Act, and dismissing both the Freedmen's Bureau and Civil Rights Act. 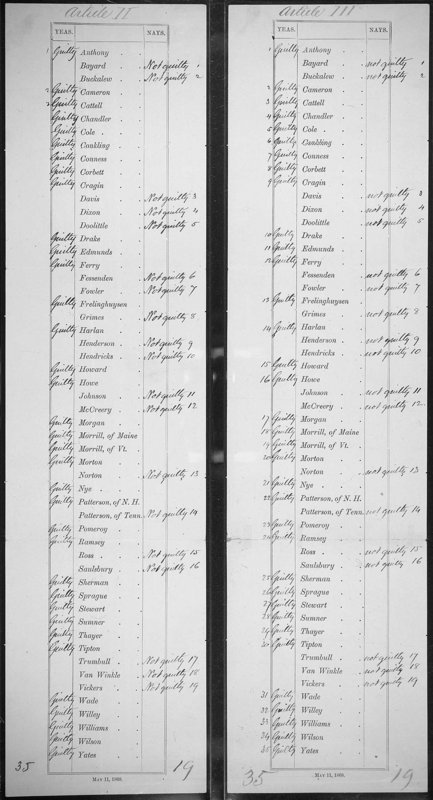 The official roll call vote from Johnson’s Senate impeachment campaign - an invaluable primary source. The vote tally shows how close the vote was for Johnson - he merely won by one vote. 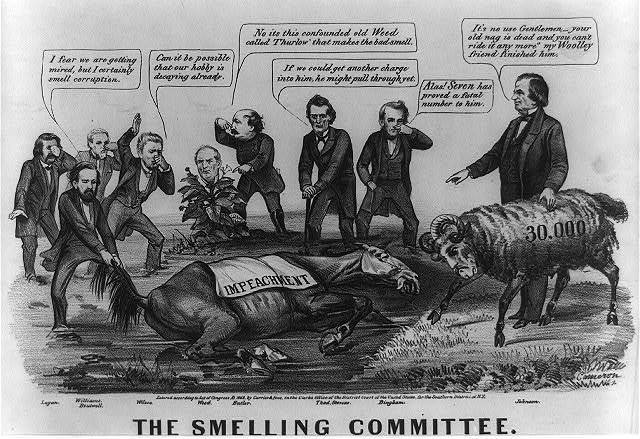 "The Smelling Committee." 1868 Currier and Ives.

This was a cartoon drawn by John Cameron that was seen floating through New York in 1868, published by Currier and Ives. President Johnson is compared to an old rotting horse whose foul stench conveys the Radical Republicans failed attempt to impeach him. The cartoon seems to be suggesting that the Radicals are beating a dead horse trying to bring up impeachment charges against President Johnson after the previous failed attempt.