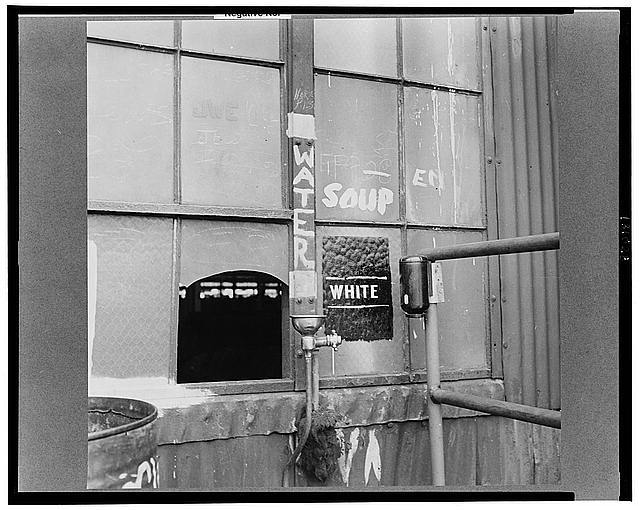 This image represents the brutality that African Americans faced throughout the Civil War and Reconstruction period.

As African Americans were provided more opportunities for freedom after the Civil War and Emancipation Proclamation, Southern states enacted stricter voting laws to ensure Black domination would not override politics. Not only were the racially coded voter rights’ used to discriminate against African Americans, but they also ensured that poor White’s would vote for Democracy to further establish White power. Public spaces were also segregated to enforce White power and Black demoralization.

The Jim Crow laws enforced that the social and cultural lives of African American’s would stay segregated from any, specifically Southern, White communities. Jim Crow also prevented African Americans from being incorporated within economic opportunities because they were deemed as incapable of obtaining certain jobs. Even more, Black’s were “naturally deficient as men because it demands that they adhere to and aspire to the social codes established for the conduct of men” (Journal of Pan African Studies, 112). African Americans faced harsh conditions of social and cultural life when the Jim Crow laws were created.

Below is a link to a literacy test that was actually used on the African Americans during this time.

← Why
Soldiers after the War →
Jim Crow
How