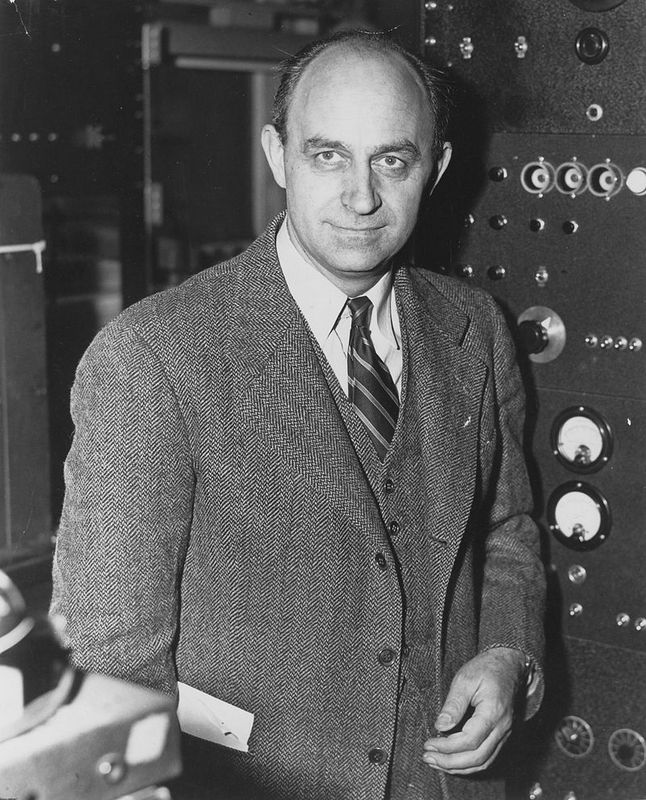 Enrico Fermi photographed in front of technology he helped develop.

Enrico Fermi, who moved to the United States in 1939 from Italy in opposition to their recent fascist racial laws, was already a Nobel Prize winner in physics upon his enlistment to the Manhattan project. Working in Chicago, Fermi constructed the world’s first nuclear reactor to achieve self-sustaining chain reaction with Chicago Pile-1. Fermi continued to make larger, more intricate reactors in sites like Oak Ridge and Hanford. In 1944, Oppenheimer convinced Fermi to come work with him at the Los Alamos Laboratory, where he was appointed associate director.

Following the war, Fermi had similar misgivings about the expansion of nuclear weapons in the United States military that Oppenheimer had. He stayed on at Los Alamos as a consultant, despite urging the United States military to not pursue work on the hydrogen bomb. [5] While Oppenheimer would be humiliated and pushed out of professional work by the Red Scare, Fermi escaped unscathed and continued teaching at the University of Chicago until he died at the age of 53 in 1954.