It is difficult to understand the overwhelming response against Japanese Americans during World War II without first examining a larger pattern of discrimination extending prior to the War. The bulk of immigration from Japan occurred from 1885-1924. Over the course of the early 20th century, many Japanese immigrants (known as Issei) established themselves as farmers, fishermen, and business owners. Caught up in a larger tide of discrimination against people of both Chinese and Japanese ancestry, Issei were denied the opportunity to become naturalized citizens and eventually denied the ability to purchase land. Nativist groups interested in promoting mainly white protestant interests helped fuel the exclusionary policies and attitudes in the late 19th and early 20th century. Attitudes that placed Asian heritage at odds with American identity proved crucial in carrying out the mass removal of Japanese Americans from the West Coast during World War II. 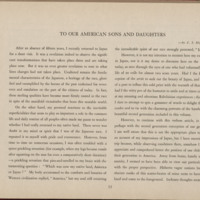 This essay was printed in a 1938 directory listing the names of Nisei living in the Pacific Northwest. This essay, like others in the directory, address how Nisei can preserve Japanese values as American citizens. 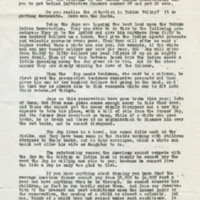 This letter written on behalf of the Wapato Post of the American Legion asks readers to support an Alien Land Law, which was designed to prevent Asian immigrantion in the region by denying Asian immigrants the ability to purchase land. 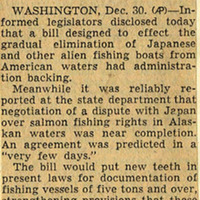 This article from the Spokesman Review illustrates the tension between the Japanese and American governments. This tension increased anxieties over a perceived excess in Asian immigration. 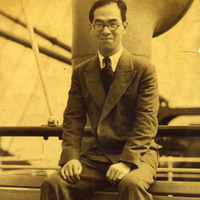 This photograph from the Takeda Family Collection at WSU is of Shiro Takeda on a ship headed for Japan from the US. After his brief stay in Japan, Takeda settled in Los Angeles before being incarcerated at Heart Mountain.