As the tide of war began to turn in favor of the United States and its allies, the War Relocation Authority began exploring ways to gradually transition internees back into civilian life.  As early as 1943, the WRA encouraged resettlement, which was a policy aimed at relocating Japanese Americans away from the West coast.  Only those passing the loyalty questionnaire were allowed to participate.  While the WRA’s resettlement policy provided an opportunity for many internees to escape their confinement, only a small percentage actually left camp during 1943.

The West Coast ban was lifted in January 1944 due to the positive publicity surrounding Japanese American fighting forces abroad and a the Endo decision denying the WRA's authority to limit resettlement.  It was this turn of events that prompted the most internees to leave the camps.  Even though many looked forward to returning to their former communities, for most homecoming was bittersweet as anti-Japanese campaigns began in anticipation of their return.  In 1948, a Department of Justice camp in Crystal City, Texas released the last wartime prisoners of Japanese descent. 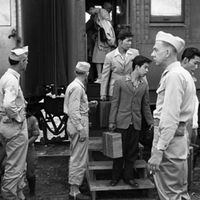 The first Relocation Center to close was Jerome in eastern Arkansas. In this photograph, two men exit a train arriving at Heart Mountain from Jerome. 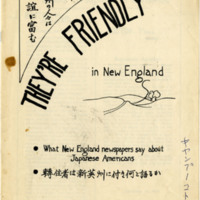 A resettlement policy started in 1943 to depopulate the camps.  Publications like these attempted to entice internees to settle in regions outside the West Coast. 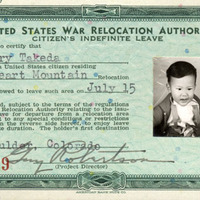 This is Terry Takeda's indefinite leave card from Heart Mountain. It was issued after his father was hired as a Japanese language instructor for the US Navy. 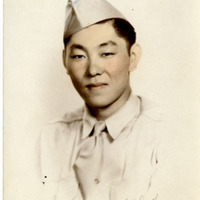 Military service provided one means to decrease the population of the camps. Those enlisted in the Army served in the segragated and highly decorated 442nd regiment. 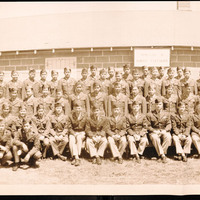 This photograph from the Okubara Family Collection features Sam Okubara's Military Intelligence unit trained at Fort Snelling. Units like this served as translators during and after the War. 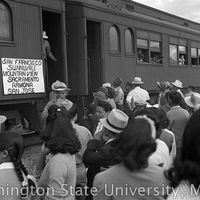 While the Endo decision did not decide the constitutionality of incarceration, it did lift the exclusion of Japanese Americans from the West Coast. This photograph depicts a crowd waiting to board a train headed for California. 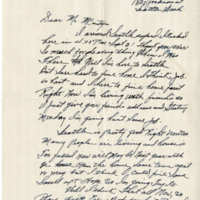 This letter from Sakutsu Emi was written after Emi resettled in Seattle. It was written to George McIntyre, Emi's former supervisor at Minidoka Relocation Center. The letter describes some of the hopes and fears related to leaving camp. 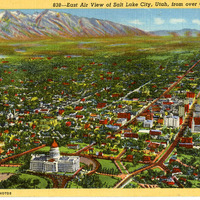 Even though resettlement began in 1943 and the West Coast ban was lifted in 1944, the process of departing the camps took time.  In this postcard, Masako Furuta, who resettled in Utah, encourages Koto Hirahara to leave camp as soon as is convenient.