…the internment experience continues to stake out a visible place in American consciousness that will define how its history will be remembered in the twenty-first century.

Following the War, most internees spoke little of the camps, if at all. Inspired by the civil rights movement, the children of the American-born internees, the Sansei, began to re-explore this period. This effort to retain a public memory around mass incarceration has served as a focal point for many Japanese American communities. One of the most notable dimensions of this was the movement to receive a formal apology from the United States government regarding injustices related to the incarceration. This movement is commonly known as the Redress Movement. In 1980, the United States Congress commissioned an investigation of wrongdoings related to the relocation policy. In 1988, the United States Congress passed the Civil Liberties Act. The act provided an official apology for the internment, awarded survivors $20,000 in compensation for past wrongs, and funded research and education related to the internment.

Other attempts to remember the past include pilgrimages to the detention camps, reunions by former internees, monuments, and the creation of interpretive centers. So long as it remains necessary to possess a critical understanding of topics such as the balance between citizen rights and government power, the impact of prejudice on defining national identity, and the complex racial history of the United States, then Japanese American internment can spark meaningful discussions about our nation’s past and future.

For more information see the added resources section on remembering the incarceration. 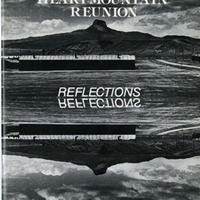 This is the program for the first Heart Mountain reunion in 1982, 40 years after the camp opened. It took several years before internees began to paricipate in public events commemorating incarceration. Among the first were prilgrimages to Manzanar Relocation Center. 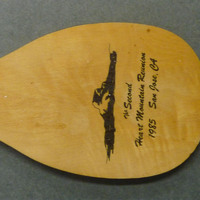 This commemorative rice paddle is from the second Heart Mountain reunion, held 40 years after the closing of the camp. 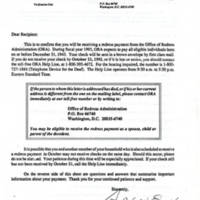 This letter addresses reparations provided to survivors of the incarceration as a result of the Civil Liberties Act in 1988.