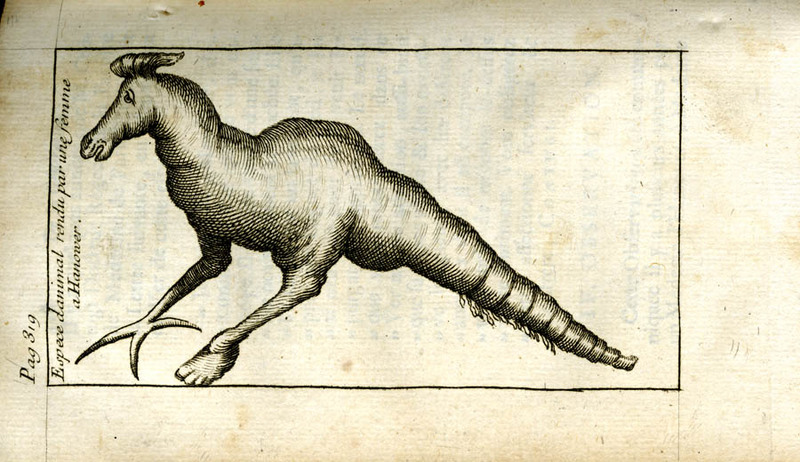 In the 18th century, advances in optics technology facilitated an era of improved microscopy. Scientists and naturalists became explorers of realms that could not be seen by the naked eye. They discovered that their microscope slides teemed with strange life forms, some of which appeared shocking and even monstrous.

Sometimes, the desire to see a resemblance between microscopic creatures and life forms visible to the naked eye was so compelling that fancy seems to have guided the illustration process. This plate from the third edition (1741) of Nicolas Andry De Bois-Regard’s De la Generation des Vers dans le Corps de l’Homme, for example, presents a fantastic but charming image of an unidentifiable parasite drawn by a Hanovarian woman in 1697. This representation was widely circulated and its veracity debated during the early part of the 18th Century. 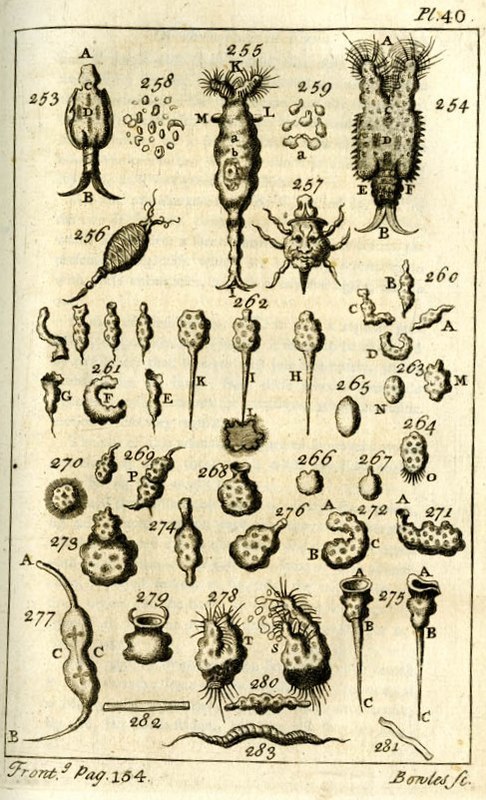 Another example of imaginative embellishment in microscopic illustration comes from George Adams’s Micrographia Illustrata (1746). In this plate, reproduced from the fourth edition of Adams’s book published in 1771, Figure 257 depicts an “animalcule” Adams observed in an “infusion of anemony [sic] prepared after the ordinary manner with cold water.” He writes: “All the surface of its back is covered with a very fine mask in the form of a human face, perfectly well made, as appears in the figure” (p. 149). 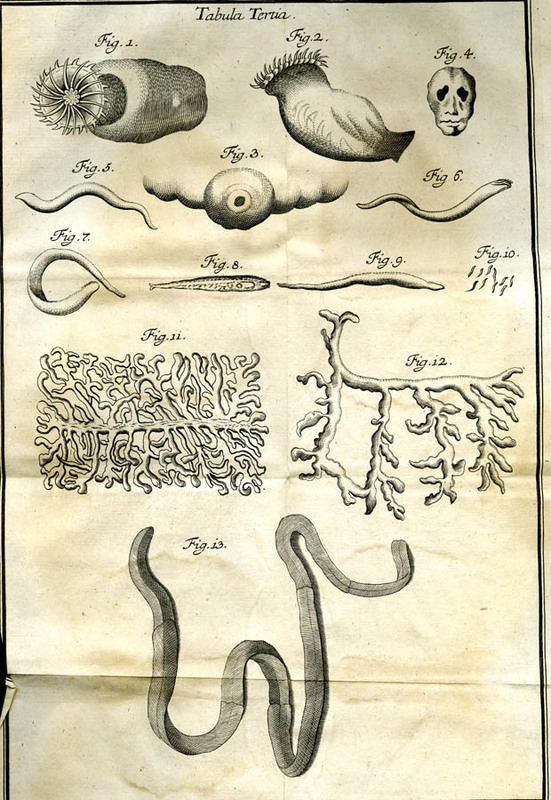 LeClerc’s history is a compendium of texts and images from preceding works, and he borrows this image from the groundbreaking work of the Italian anatomist Marcello Malpighi (1628-1694) who pioneered improvements in microscope design in the mid-seventeenth century. Even though these advances allowed people to see small things in greater detail, human imagination still embellished images drawn to capture what could be seen under the microscope. As this etching from the Dutch naturalist Daniel LeClerc’s 1715 work Historia Naturalis et Medica Latorum Lumbricorum (A Natural and Medicinal History of Worms) suggests, a tapeworm’s head bears a striking resemblance to a human face.

← Beasts from Beyond
Mythical Geography →
Bewildering Beasts
Under the Microscope