One of the best known instances of “wrong” scientific thought might be the belief that the sun revolved around the Earth. This geocentric system view had been questioned as far back as ancient Greece, but it wasn’t until the writings of Nicolaus Copernicus in the 1540s that the heliocentric system began to gain acceptance. 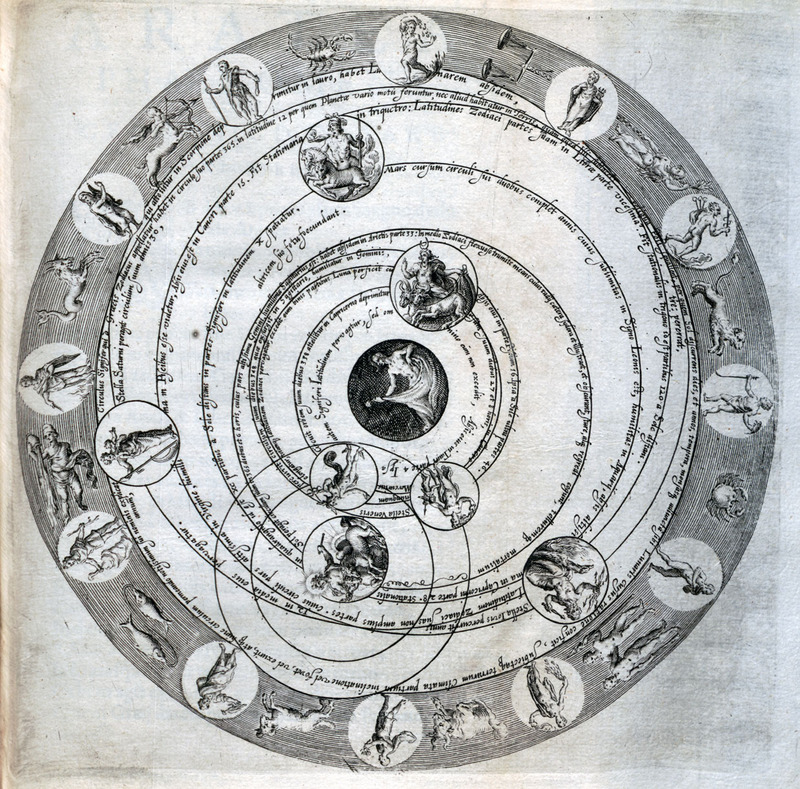 Illustration of geocentric universe from Solensis Arataus' translation of a work on astronomy.

This model accounted for phenomena unexplainable in geocentrism, notably retrograde motion, whereby planets occasionally appear to move backwards (as viewed from Earth) in their orbits. Galileo was tried for heresy in the 1630s, in part due to his endorsement of the heliocentric system; the church would continue to prohibit pro-heliocentric books until the mid-1700s. The geocentric chart below was published in 1600 and shows the Earth at the center, with the sun below and to the left, with Venus and Mars orbiting the sun, which in turn orbits Earth.