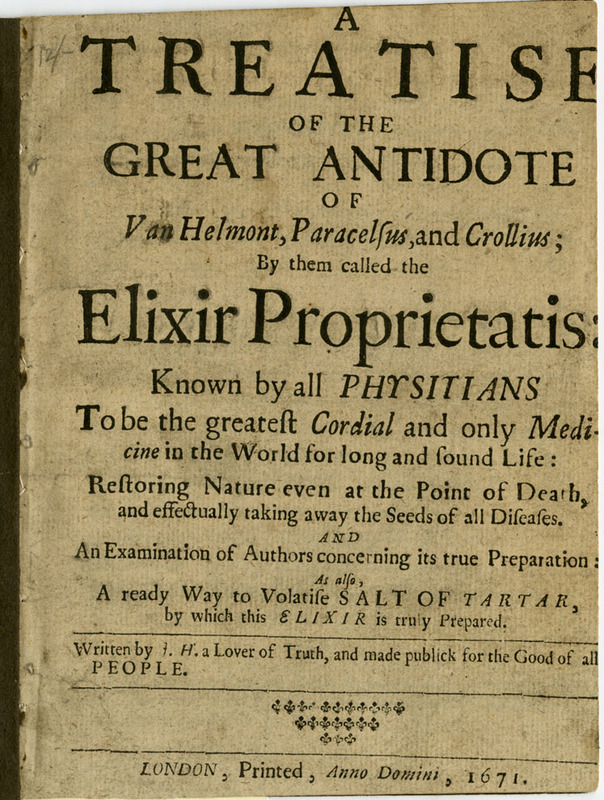 Two of the alchemy books here are probably commercial frauds. Aphorismi Urbigerani, or Certain Rules… of Preparing the Grand Elixir… (1690) details, with instructions from the authors’ “never-erring experience” on how to home-cook an elixir capable of transmuting matter. The pamphlet helpfully says its goal is to prevent the purchaser “from being imposed upon, and cheated, by any false pretended Adept.” 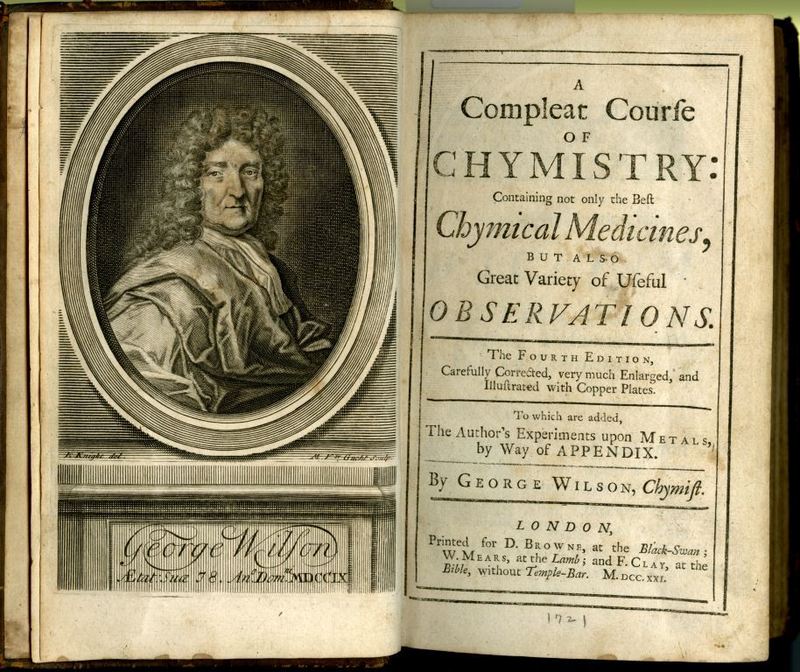 George Wilson’s A Compleat Course of Chymistry (1721) is a more traditional book of chemical properties and alchemy, though we wonder how often he tested the Elixir Cranii Humani recipe (“a noble Medicine against Madness, Convulsions, and Hysterick Fits”), which starts with six pounds of finely ground human skulls.

Given the rarity of the ingredients, it’s easy to see how one could blame alchemical failures on impurities or errors rather than accepting they don’t work, especially given the benefits of success (riches, eternal life).