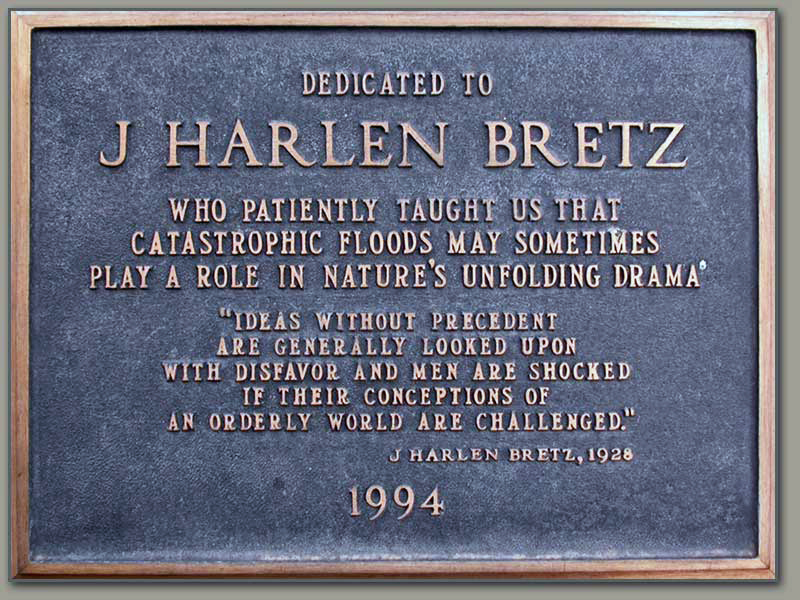 Bretz's theory was contested by geologists who objected to "catastrophist" explanations for geomorphology. But by the mid-1950s he had gained substantial support, and by the 1970s his flood hypothesis prevailed. His fellowgeologists eventually honored him with the 1979 Penrose medal, thehighest honor of the Geological Society of America, shortly before his death.

← The Proof: Hiding in plain sight: the challenge of scale and perspective
It Shall Be Done: The Demise of the Gravity Plan →
Cataclysmic Megafloods
The Man: Geologists accept Ice Age floods theory, honor Bretz with Penrose Medal