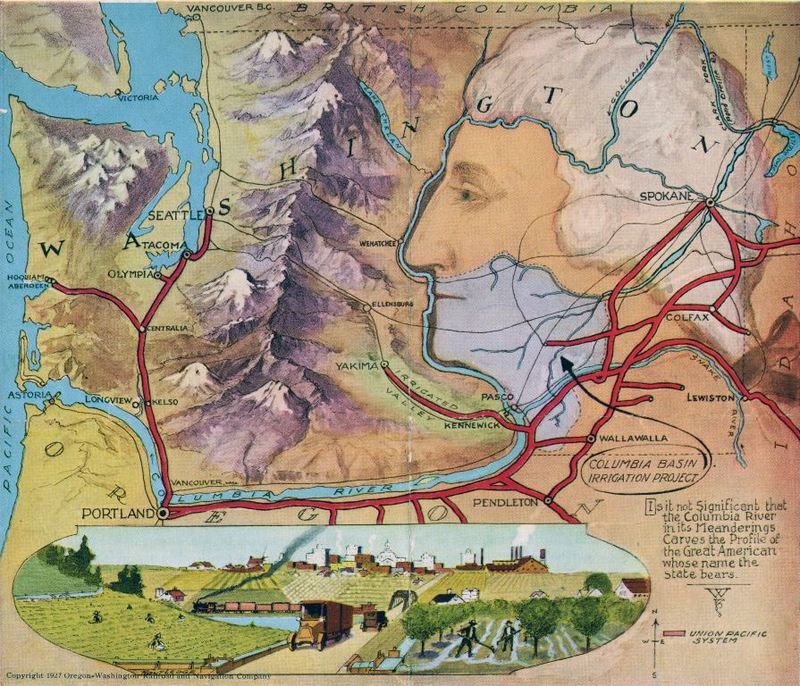 If the answer is no, perhaps it’s because the waterway never existed. With a global food shortage arising during World War I, the pressure to increase farm production heightened. It was during this moment that a concerted effort to irrigate the Columbia Basin began. The river travelling from the back of Washington’s head to his chin is a series of proposed canals and tunnels called the Gravity Plan. This plan was favored by many in the 1920s over a dam at Grand Coulee.