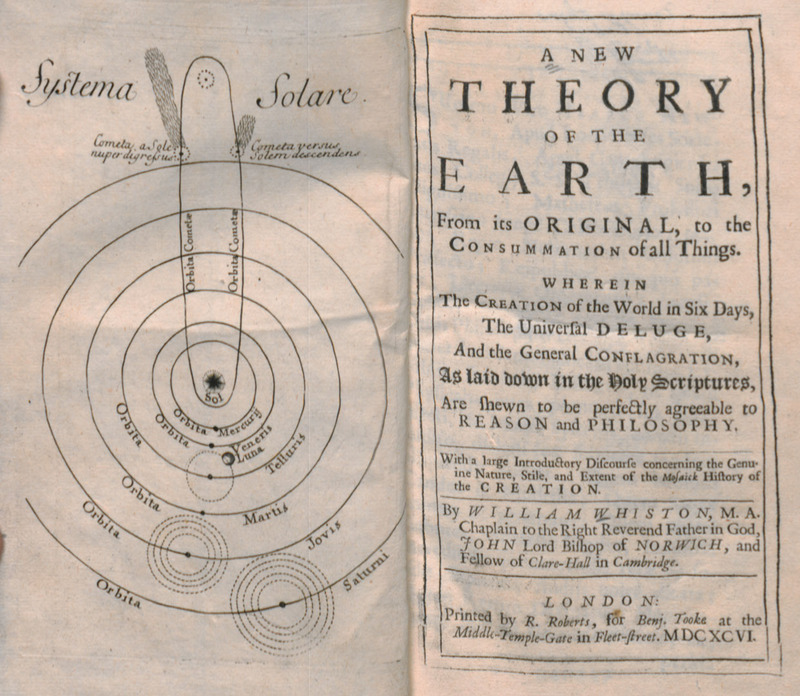 Thomas Burnet (ca. 1635-1715) and William Whiston (1667-1752) were English scholars who sought to explain the Biblical origins of the Earth through observations and modern scientific theory.  They were far from extremists – Isaac Newton was an admirer of Burnet’s work, while Whiston regularly substituted for Newton in lecturing at Cambridge.

One of Burnet’s theories was  that the lack of sufficient surface water to account for Noah’s flood could be explained if the Earth were hollow.  Whiston, on the other hand, argued that the close passage of a comet caused the flood.  It’s important to note that they follow an early version of the scientific method in their evaluations – Whiston’s work is broken into five sequences of “Lemmata” (accepted underlying facts), “Hypotheses,” “Phenomena,” and “Solutions.”  However, they had no way of predictively testing most of their theories, leaving them as just that – theories. 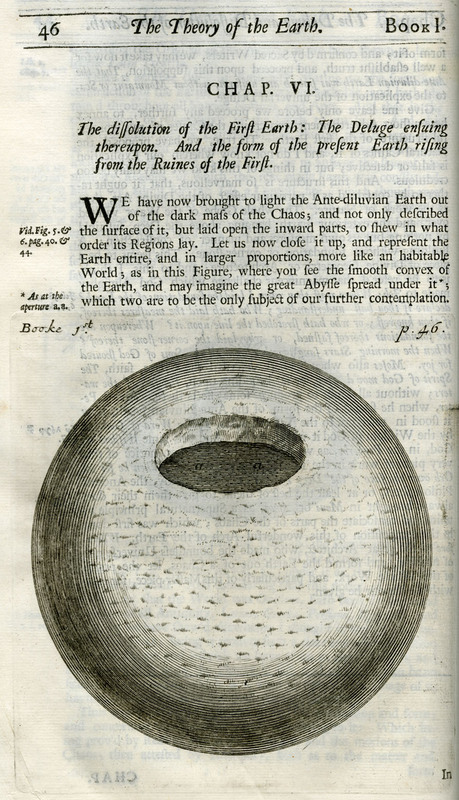 Illustration from Burnet’s The Theory of the Earth (1697)

Burnet was eventually forced to resign his Court post for his refusal to accept certain biblical concepts as literal rather than symbolic, and his writings prevented him from achieving an archbishopric.  Whiston was ultimately removed from his Cambridge chair as a heretic.  What we reject today as excessively dogmatic was rejected in their day as being insufficiently faithful.  Both men, as respected scientists of the day, worked to reconcile discrepancies in accepted knowledge through scientific explanations.