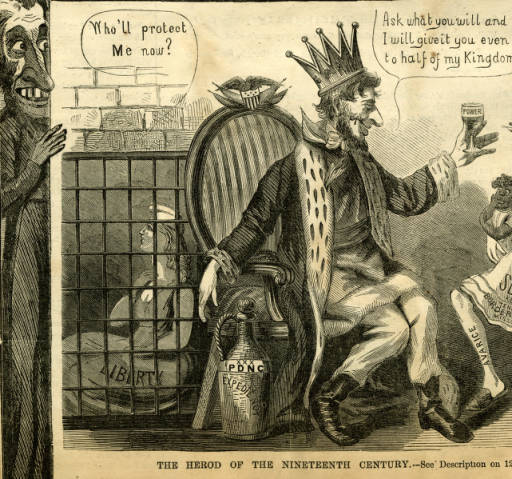 In this political cartoon, “The Herod of the 19th Century”, we are able to see the perspective of Northerners who disagreed with Lincoln’s treatment of the Upper South. Lincoln believed that maintaining these border states were crucial to the success of the Union, and was willing to allow them special concessions surrounding slavery as opposed to their counterparts in the Rebel South.

Political cartoons grew in reach and in popularity throughout the late 1800s. Their readability allowed them to access a wide range of viewers, and they were able to be reproduced in newspapers and magazines across the country. Creating posters and cartoons that relate to the public require a cartoonist who can “employ symbols in an appeal to the passions and sentiments of his contemporary culture” (Lively, 101). Although both sides used cartoons, the majority of the sources that remain for modern analysis come from the Northern perspective.