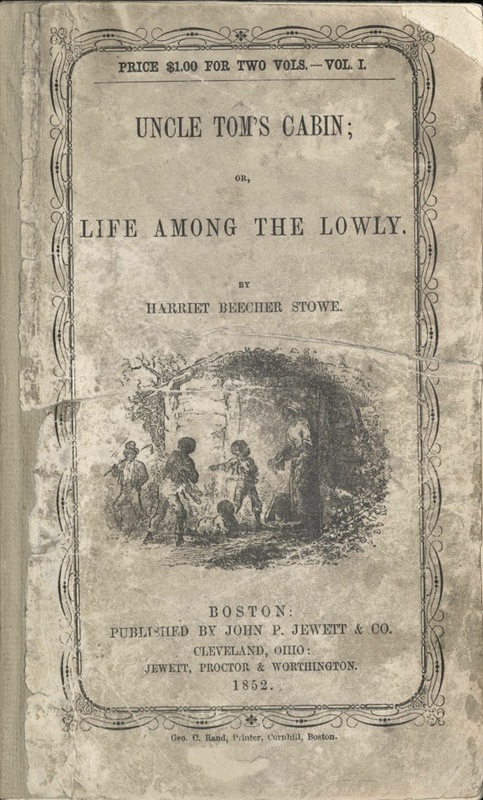 Photograph of the cover of Uncle Tom's Cabin

Literature and popular culture writings were still effective methods of discussing ideas surrounding the Civil War as well as human rights in general. This type of propaganda was more widespread among the educated, literate populations - generally, wealthier whites who could afford education and books for private use. However, entire families could spend their evenings reading books or poems aloud, further spreading the ideas of the author. One of the most popular books in the North (and most reviled books in the South) was Uncle Tom’s Cabin by Harriet Beecher Stowe. Written about the lives of slaves and slave owners, the book is known for being controversial and impactful. “Frederick Douglass wrote of Uncle Tom’s Cabin that ‘nothing could have better suited the moral and humane requirements of the hour. Its effect was amazing, instantaneous, and universal’ (Robbins, 2015).”