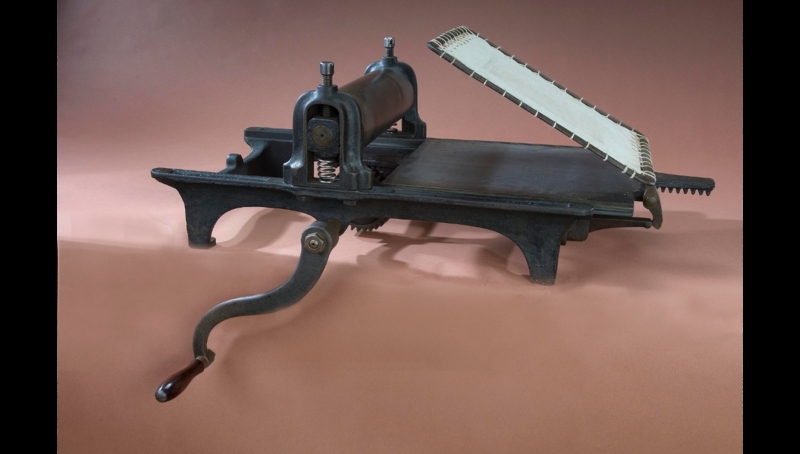 Coutresy of the Smithsonian National Museum of American History

Albert Adams's New York cylinder press was a flexible tool being useful for the private and social sectors. Patented on March 19, 1861, entrepreneur Joseph Watson and the Adams Press Company manufactured and distributed the press. The technical innovations in detail can be found here. These technical innovations simplified the printing press so "Every Man [Can Be] His Own Printer!"

This press had an immediate effect on the ability of small business and soldiers in the field to print their own documents. These documents could range from military orders, receipts, and bill heads. Printing presses like these allowed the numerous propaganda posters and other messages to be produced quickly on a bigger scale than previously done before.