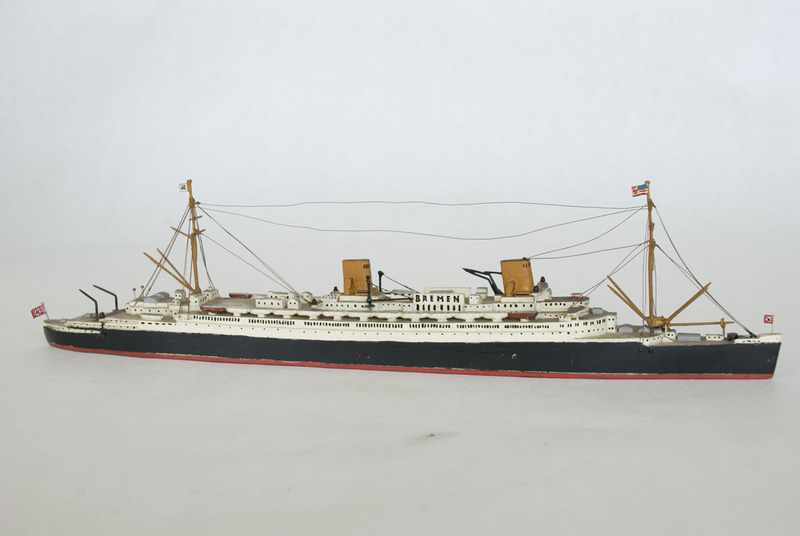 One of the larger models that Mr. Jewett obtained. The DKM Bremen was a German passenger liner that was put into service by the Nazi's as a barracks ship until gutted by fire in 1941. 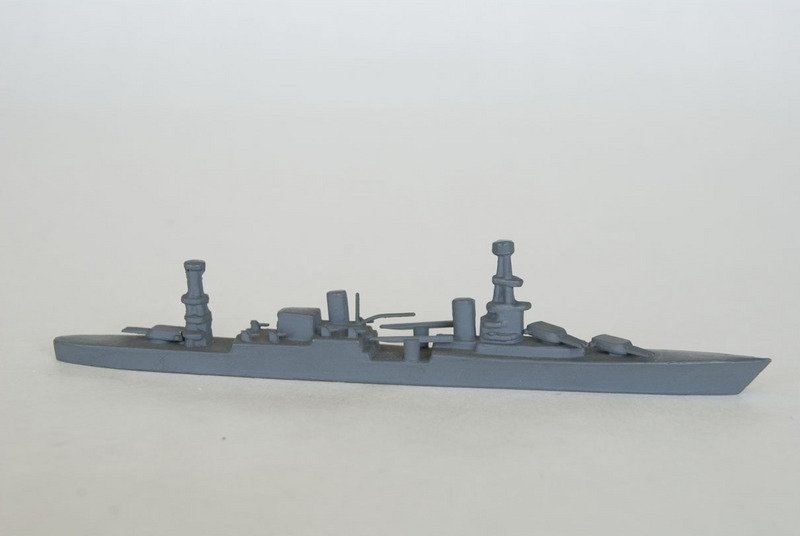 A more typical type of model from Mr. Jewett's collection. The USS Houston was a heavy cruiser that was sunk by the Japanese during World War II.

The Jewett Naval History Collection provides a fascinating look into naval history during the late 19th century and the first half of the 20th century.  The collection offers a range of literature, postcards, photographs, as well as miniature model ships used for naval war-gaming and ship identification. While the exact reasons behind Mr. Jewett amassing this collection are not fully known, one can correctly infer his passion for naval history. The Jewett collection contains vessels from a variety of nations (although primarily German) and provides an interesting picture on the rapidly changing naval technologies of the late 19th century through to the outbreak of the Second World War. Included in this material is information on the naval arms race and resulting treaties that helped shape major conflicts during the first half of the 20th century.  The Jewett Naval collection offers variety into an otherwise landlocked area, and makes naval history more tangible to general readers, providing an interesting addition to the Washington State University archives.

This exhibit was created by Chris Halderman and Steven Bingo in May 2017.