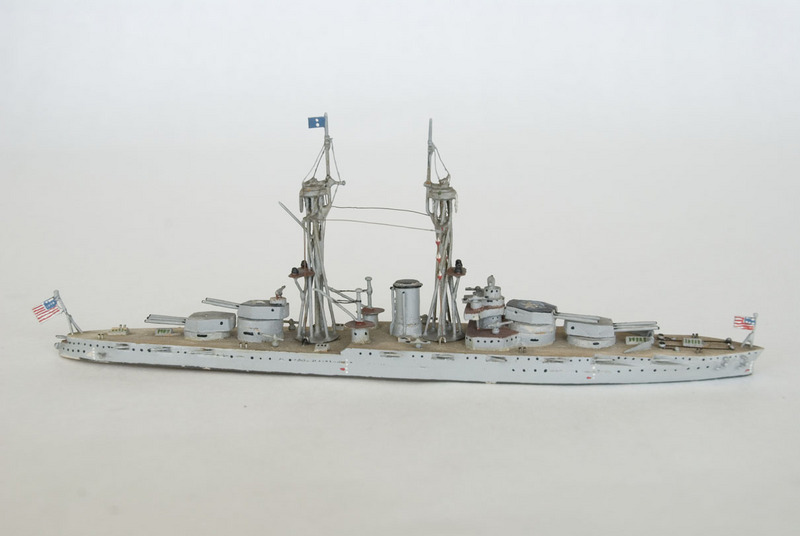 The USS Nevada was the lead battleship of its class. The Nevada employed several technological advances including triple gun turrets, oil motors instead of coal, geared steam turbines, and greater armor. Classified as the U.S. Navy’s first super dreadn0ught, this ship influenced the designs for future U.S. battleships. The Nevada served during the tail end of World War I by protecting supply convoys near Great Britain. Modernized after World War I, the ship was docked at Pearl Harbor on December 7, 1941 when Japanese planes attacked the base. The Nevada was the only U.S. battleship to get underway during the attack, but was nonetheless hit by one torpedo and at least six bombs. The ship’s crew was forced to beach the ship to avoid sinking. Following Pearl Harbor, the Nevada was extensively modernized at the Puget Sound Naval Yard where it received modern radar and anti-aircraft defenses. Following this reconstruction, the Nevada went on to serve as a fire-support ship for Allied amphibious landings, including the Normandy invasion and the attacks on Iwo Jima and Okinawa. After World War II, the Nevada was chosen to take part in tests at the Bikini Atoll in 1946 to determine the impact of atomic bombs on naval ships. After the test, the ship was left heavily damaged and radioactive, but still intact. Unfit for service, this aging battleship was finally sunk by naval gunfire practice in 1948.