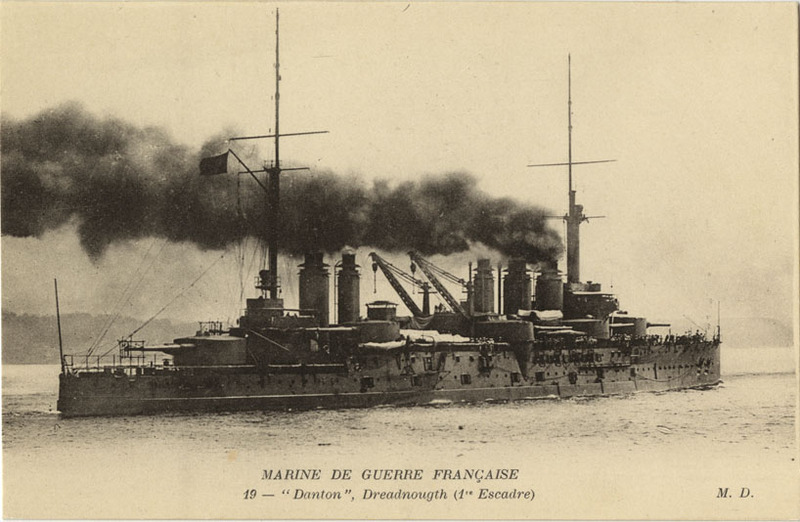 Battleship Danton- The first French battleship equipped with steam turbine engines, the Danton was nonetheless obsolete when completed as the British had already launched the HMS Dreadnought. 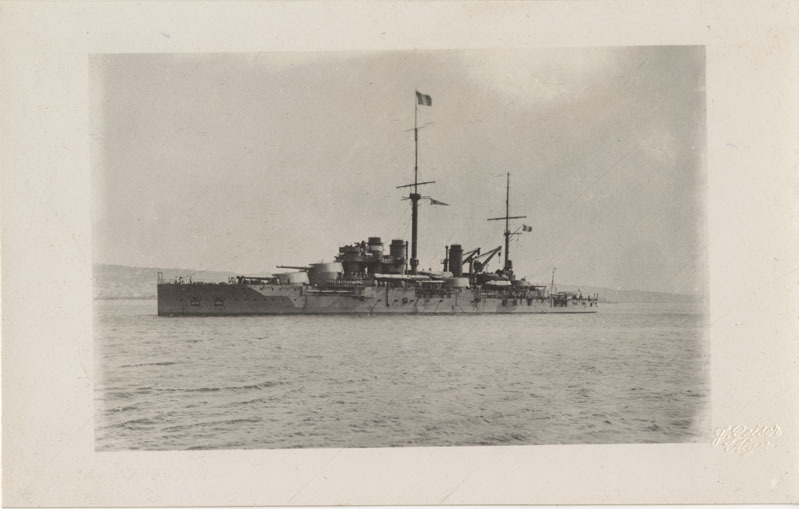 Battleship Courbet- The lead ship of the Courbet-class of French battleships, the Courbet was the first dreadnought type of battleship launched for the French Navy. 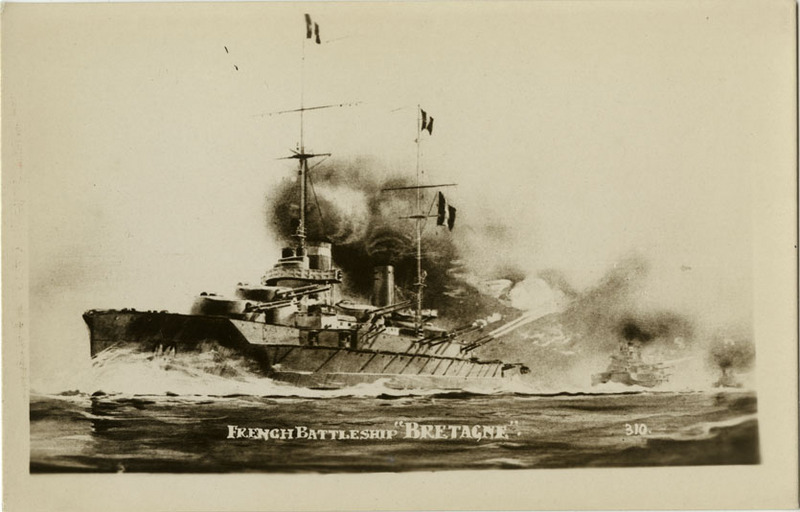 Battleship Bretagne- The first type of super-dreadnought built for the French Navy. This ship was destroyed by the British during the attack on Mers-el-Kebir in 1940.

French naval power was overshadowed by Great Britain, Germany, and the United States in both size and technology by the beginning of the 20th century. France was slow to adopt new designs, like the dreadnought type of battleship, and was underfunded when compared to its army. The Entente Cordiale agreements of 1904 significantly improved British and French relations, thus lifting the burden of competing with the Royal Navy. The French Navy focused on protecting the Mediterranean and countering the German submarine expansion during World War I. As a result, the French built a large number of submarines while the rest of the navy saw little growth. The French military was primarily concerned with the land war that killed many within its borders, resulting in the navy received little funding. While the French did possess relatively modern ships such as the Courbet class of dreadnoughts, these were overshadowed by foreign designs. The French did create modern designs during the war- the Normandie and Lyon class of battleships, but these were ultimately cancelled after the war as the French economy was severely crippled. New battleship construction was put on hold as a result of disarmament treaties designed to limit naval growth.