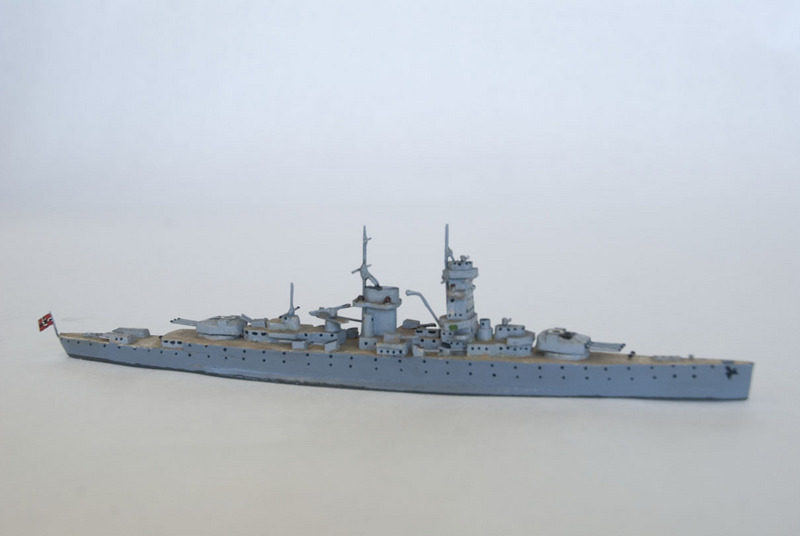 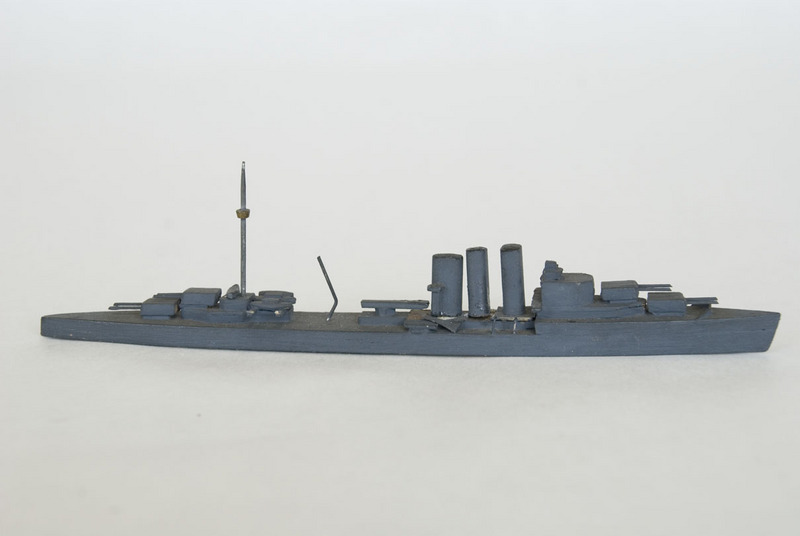 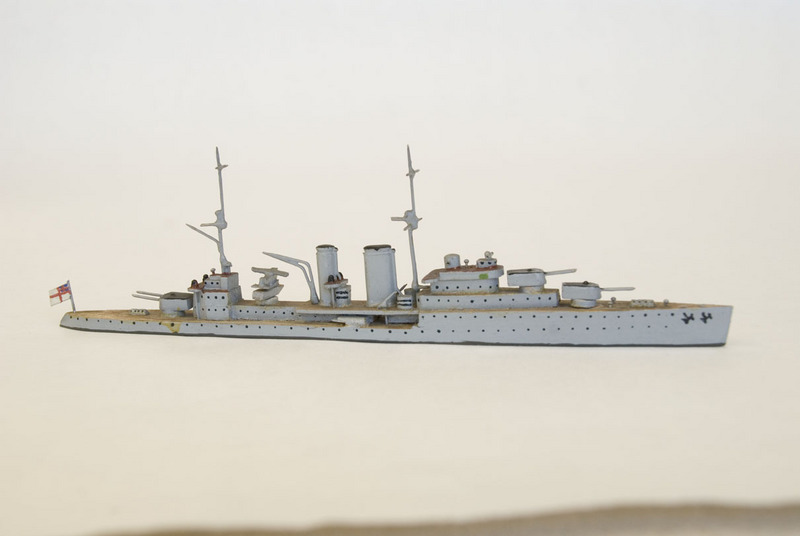 The Admiral Graf Spee was a German “pocket-battleship” with an active but brief career during World War II. It was a member of the Deutschland class of “panzerschiffs”, translated as armored cruisers, and launched in 1934. The Admiral Graf Spee’s size was a result of the Treaty of Versailles, which limited the size and power of warships that Germany could construct after World War I. This class of small battleships was designed to overpower cruisers and outrun battleships. Its main role during World War II was to destroy commercial vessels carrying goods in the Atlantic Ocean. The Admiral Graf Spee fulfilled this role well in the early months of World War II, likely sinking over 50,000 tons of allied shipping. In response, the British navy sent three cruisers called the HMS Exeter, HMS Ajax, and HMS Achilles to intercept the German ship. The ships engaged in the Battle of the River Plate off the coast of Uruguay. While the British ships suffered heavy damage, the Graf Spee retreated to the Uruguayan city of Montevideo. On December 17, 1939, the crew of the Graf Spee scuttled (i.e., sunk) their ship to prevent the Graf Spee from falling into Allied hands. A large portion of the wreck remains off the Uruguayan coast to this day.