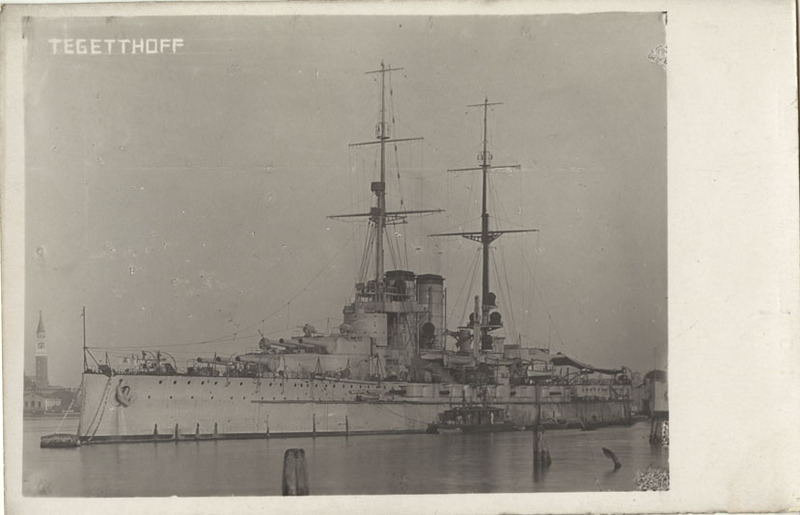 Austrian Battleship Tegetthoff- The lead ship of the sole class of dreadnought battleships built for the Austro-Hungarian Navy. This ship was active in World War I before being broken up for scrap in 1924 after it was ceded to Italy as a war prize. 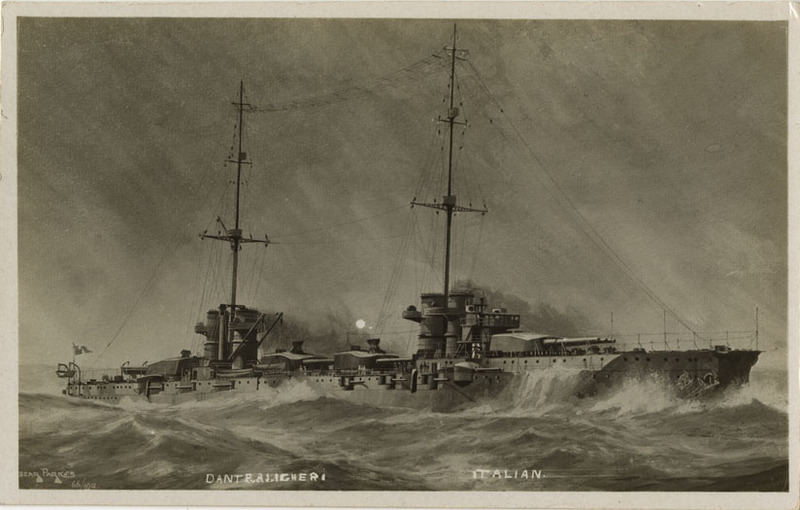 Italian Battleship Dante Aligheri- Italy's first dreadnought battleship. This ship was distinctive for being the first battleship to mount its main guns in triple-turrets. 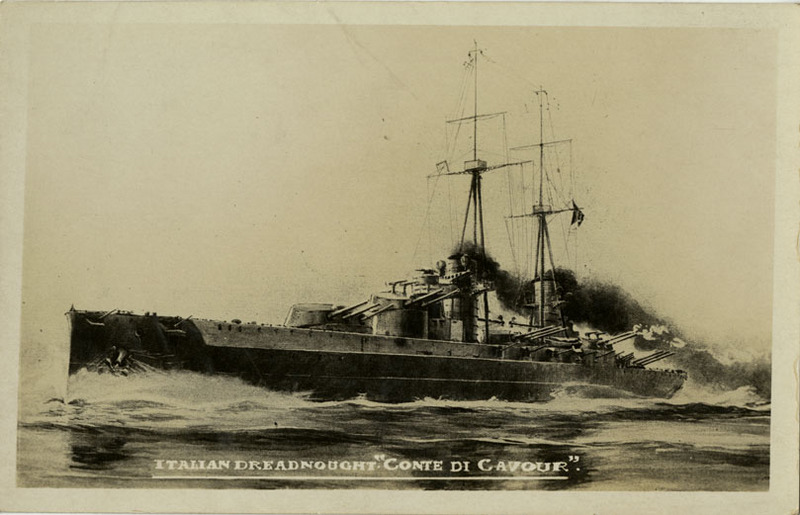 Italian Battleship Conte Di Cavour- This battleship served in both World Wars. After World War I this ship was extensively rebuilt as a fast-battleship.

Although Great Britain and Germany dominated the European naval arms race, other European nations grew and modernized their fleets. Italy is a prime example, constructing several modern classes of dreadnoughts before the outbreak of World War I. Italy possessed its own shipyards capable of building battleships, giving it an advantage over other nations that were forced to contract foreign companies to improve their navies. In terms of design, Italian naval engineer Vittorio Emanuele Cuniberti first envisioned the concept of an all big-gun battleship, publishing an article in the 1903 edition of Jane’s Fighting Ships. The Italians declined his design for budgetary reasons.