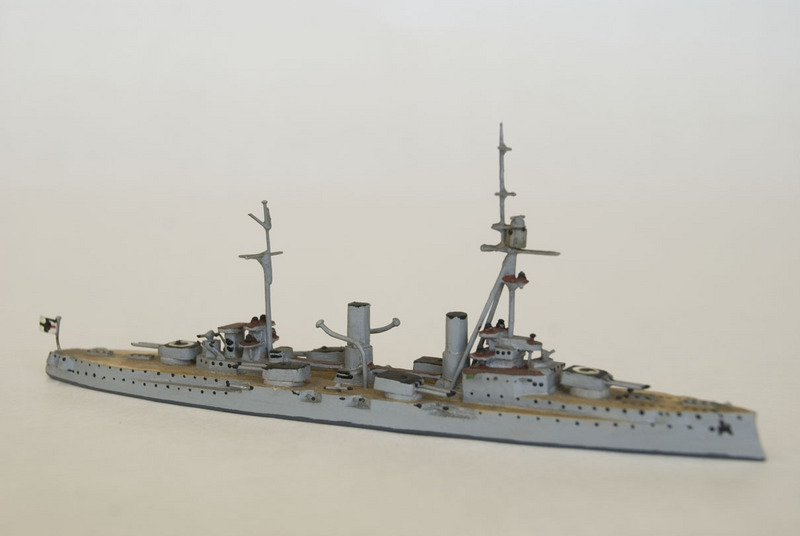 The SMS Blucher was the last armored cruiser built by the Imperial German Navy and is known, in part, for its short and violent service during World War I. Unlike larger battleships, armored cruisers were faster and armed with smaller guns. The Blucher’s main battery consisted of twelve 8.3-inch guns, making it one of the most heavily armed vessels of its kind. It was intended to match a yet to be released line of British ship called the Invincible class. Unfortunately for the Germans, the Invincible class was an entirely new type of warship that made armored cruisers including the Blucher obsolete. The Invincible class featured larger, battleship style guns and was as fast as other cruisers. These new ships were called “battlecruisers.” By the time Britain launched its first battlecruiser, it was too late for Germany to redesign the Blucher, which cost 28,532,000 Goldmarks. The ship’s brief record of service ended at the Battle of Dogger Bank in January of 1915. The Blucher was sunk by British battlecruisers, sacrificed to save the rest of the German ships. 747 men died aboard the Blucher, which signaled the end of the armored cruiser concept.