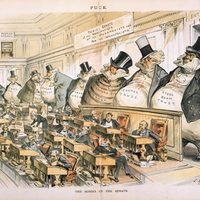 One of the more “progressive” actions by the Supreme Court during the Progressive Era can be observed in its jurisprudence toward trusts. In the Anti-Trust Cases taking place after the passage of the Sherman Anti-Trust Act of 1890 the Supreme Court struck down dozens of large trusts, most notably in the beef, railroad, tobacco, and oil industries. The federal government prior to these cases rarely involved itself in private business matters but understood that trusts manipulate a Laissez-Faire capitalists style economy by monopolizing control of an industry, effectively eliminating market competition, and enabled them to set prices high in order to maximize profits. Here are some of the landmark cases in which the Supreme Court began to disolve trusts during the Progressive Era:

US v E.C Knight Co (1895): Supreme Court ruled that manufacturing does not fall under the scope of interstate commerce, thus not disolving the trust

Swift and Co. v U.S (1905): Supreme Court ruled that the federal government is able to regulate monopolies if there was a direct impact on commerce which effectively disolved the "beef trust" 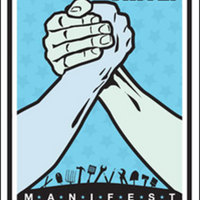 Of all the jurisprudence to come out of the Fuller and White courts during the Progressive Era the numerous cases concerning worker`s rights are the most defining of the period. The Supreme Court continually struck down both state and federal regulations which sought to protect workers from the dangerous working environments that businesses were exposing them to. Regulations regarding working hours, working conditions, child labor, and workers unions were incredibly significant to the progressives at the during this period yet the Supreme Court often found that regulating any of these would infringe upon an individuals “right to contact”, a new legal idea established through substantive due process and the 14th amendment. Here are some of the landmark cases in which the Supreme Court struck down labor regulation in order to preserve individual economic liberties:

Lochner v. New York (1905): landmark Supreme Court case where the court formally established “right to contract” and struck down state regulations regarding working hours. This case is also famous for the beginning of the “Lochner Era” of the Supreme Court, an era where the court is traditionally seen as judicially active and overly conservative. 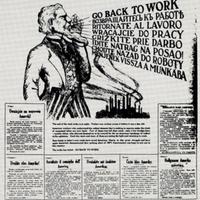 The Progressive Era was a time of unprecidented social and economic change. Massive influxes of immigrants and the quickly developing industrial economy in the United States brought unforseen legal questions along with it that the Supreme Court would have to address. The development of workers unions would be one of those. Used by workers to fight for fair pay, less hours, and safer working conditions the Progressives commonly utilized unionizing as a tool to organize strikes, one of the mainstays of the Progressive Era. The cases below focus on "yellow dog contracts" which were employment contracts that businesses used in order to combat workers from joining unions.

Adair v. United States (1908): the Supreme Court struck down federal regulation restricting businesses from contracting employees to be unable to join workers unions. These contracts would be known as “yellow dog contracts” and the court held that regulation of them would violate the 5th amendment, commerce clause, and the “right to contract”.

Coppage v. Kansas (1915): similar to the Adair case, the Supreme Court again struck down prohibiting “yellow dog contracts” but this time on the state level. 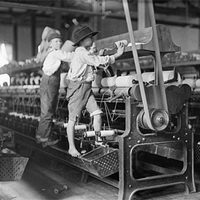 Shifting from their traditional roles on the farm to working in factories, industrialization had its own set of legal questions upon the role of child labor. While the Supreme Court during the Progressive Era is criticized for its usurpation of state policing powers, its rulings on child labor allowed for the states to handle such an issue.

Hammer v. Dagenhart (1918): In a case concerning child labor, the Supreme Court struck down the Keating-Owen Act of 1916 which regulated specific ages and hours that children would be allowed to work. Often children in the progressive era would have to work 70 to 80 hours weekly out of necessity for their family and were prone to workplace injury at a rate three times that of adults.

On the heels of the Civil War and after the dawn of the Industrial Revolution perhaps the most integral moments in the history of the United States took place. The “Gilded Age” or Progressive Era, as it is commonly referred to, cannot be defined as a few small, individual movements but rather a complete renaissance of industrial technologies, individual liberties, social identities, immigration reform, sweeping cultural changes, and economic shifts that would come to define America as a nation. While commonly overshadowed by the massive social movements of the time, perhaps the most important of the revolutionary changes that were taking place during the Progressive Era can be found in Supreme Court jurisprudence regarding the economic relationship between the federal government, state governments, business (both big and small), and the individual. In an era defined by big business usurping small ventures in attempts to eliminate competition and establish monopolies as well as businesses exposing workers to dangerous practices, the Supreme Court was consistently faced with fundamental questions concerning federal government interference in what has been a largely unregulated Laissez-Faire style capitalistic economy and struggles to find exactly what role it should play.

This exhibit will observe some of the most famous and impactful Supreme Court cases of the Progressive Era and describe the impacts that they had.