Conservation, Preservation, and Environmentalism in the Progressive Era

Nineteenth century Americans experienced radical shifts in how they valued personal time and public space.  Increased access to trains allowed people to travel great distances for a relatively low cost.  Mass distribution of affordable time pieces decreased dependency on the sun and allowed families in rural America to maintain more structured timetables.  Labor movements won protections like the weekend and 40-hour workweeks for workers.  The evolution of the concepts of time, space, and work significantly contributed to the advent of leisure.  This newfound leisure gave people the opportunity to visit and explore vast swaths of land that previously were untouched by pioneers and the federal government.  Artists such as Albert Bierstadt and Frederic Edwin Church, and authors like Henry David Thoreau painted and wrote about the West and other scenic locations across the United States.  Their imagination sparked the interest of ordinary Americans, and people like John Muir and Gifford Pinchot, who would later go on to work with President Theodore Roosevelt to help establish the first national parks and forests in the United States. 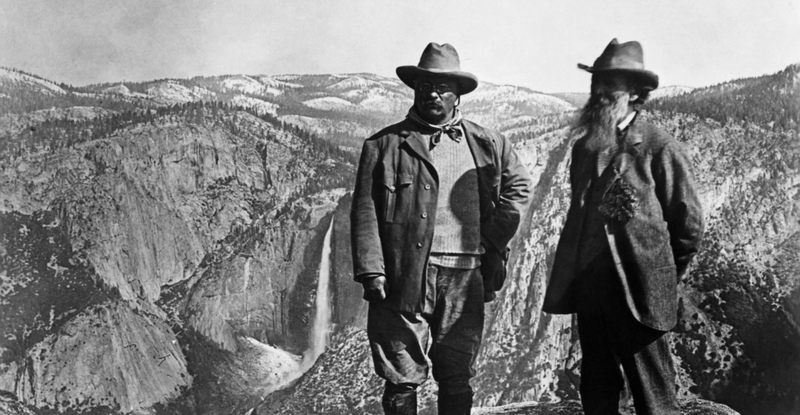 The idea of preservation was advocated for by John Muir.  He believed that the natural world should be cherished and maintained for future generations of Americans.  He entertained the notion of public parks, and called for limited hiking trails to see the hidden gems of America. 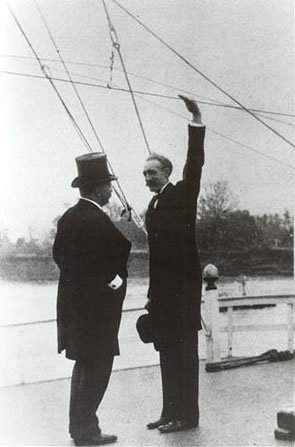 Theodore Roosevelt and Gifford Pinchot, on the steamer Mississippi, 1907

Unlike Muir, Gifford Pinchot subscribed to the idea of conservation.  This differs from Muir in that Pinchot believed the environment should be used for its natural resources.  He advocated for the sustainable extraction of resources so that they would not run out, and supported tree-planting and other efforts to maintain the environment. 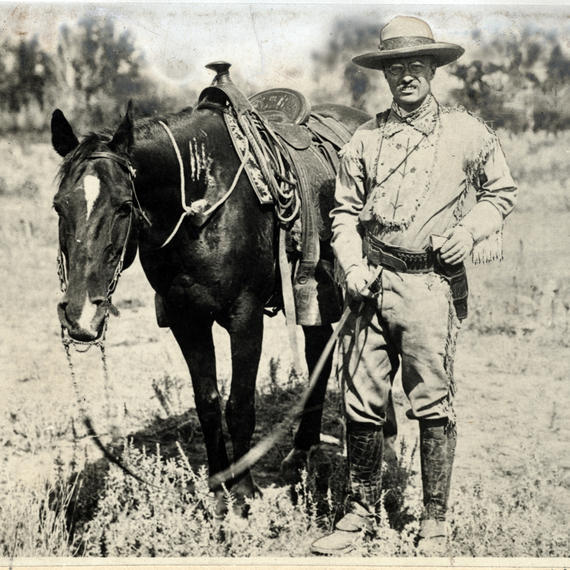 President Theodore Roosevelt was instrumental in advancing the environmental movement in the late 19th century.  He established the United States Forest Service, created five National Parks, signed the 1906 Antiquities Act which designated 18 U.S. National Monuments.  In addition to this, he established 51 Bird Reserves, four Game Preserves, and 150 National Forests.  Gifford Pinchot was his strongest ally in the fight for the conservation of natural resources and the expansion of protections for land and wildlife. 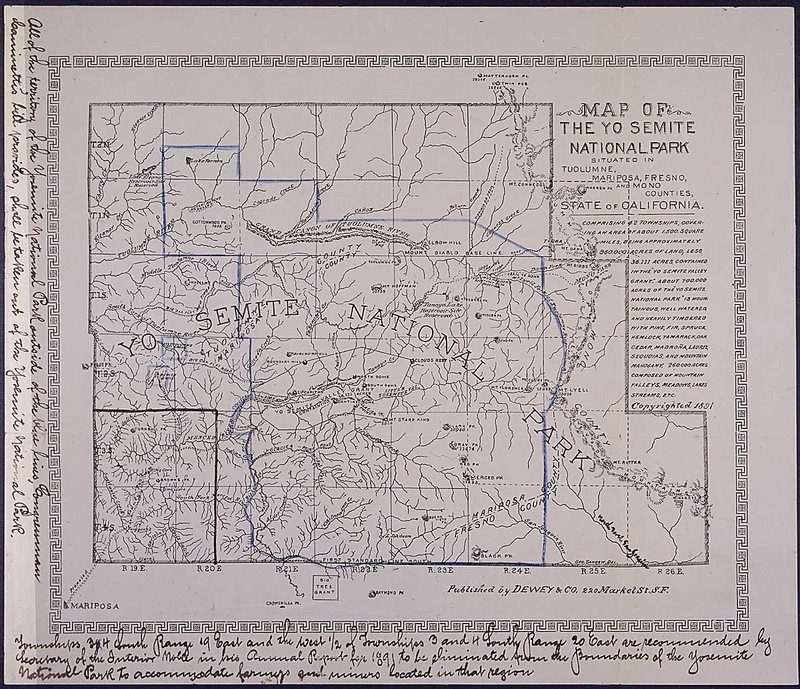 This letter from John Muir articulates in a clear and concise fashion his reasons for wanting to preserve the land around Yellowstone National Park.  The letter expresses the weight of concern that John Muir had for the environment.  He and his colleagues at the Sierra Club respected the environment and did not want to see it destroyed.

The map that is provided shows the original boundaries and newly proposed boundaires of Yellowstone National Park.  You can see the clear reduction in land that John Muir and his colleagues were fighting against.

Full text of the letter can be found here.

This letter from President Theodore Roosevelt outlines his policy standpoint on cattle grazing privileges.  Gifford Pinchot sought out greater support and funding for grazing areas.  However, President Roosevelt acknowledged that only a few people get to utilize and benefit from grazing areas, so they should be the ones responsible for them.  The core message sent to Muir was that the federal government’s role was in protecting forest reserves and water sources because they were/are public land.