Social, Political, and Economic Change on the Homefront

The Espionage Act of 1917 was established for those of which who interfered with military recruitment and would be then sentenced with penalties. It was enacted on June 15, 1917, which was one step the United States made in limiting the freedom of speech and press among the citizens. People were being jailed frequently for questioning the draft and for any sort of criticism. The Espionage Act was essentially strengthened as it was amended with the Sedition Act of 1918, which therefore prohibited and established that critical conversation of the United States military would be penalized as well. More significantly, this act was much more broad, in the sense that the government were targeting any small threat and characterizing as much bigger as it was meant to be.

The Sedition and Espionage Acts fundamentally enacted a time in the United States for more discrimination, as neighbors were paranoid of who was living next door and if they were a potential threat. As a result of these two acts, mail, newspapers, packages, and anything that opposed the war was therefore banned. The acts were enacted to stop once the war was over, however it did continue on through the end and through the post World War II-time period as well. These acts hoped to stop any threatening acts among the people of the United States, but it virtually was an act of loss of freedom among many and all citizens of the United States 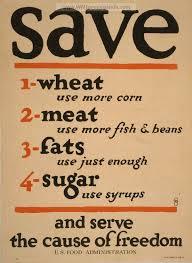 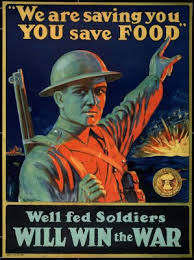 Many organizations were composed during World War I by the United States government to ease the stress that could follow with our soldiers abroad. One more well-known organization was called The War Industries Board. This board served to ensure that that munitions were regulated, price-fixing, industrial growth, and allocation of resources. In addition, in order to provide plentiful food to the troops abroad, President Hoover established a more eminent importance for the Food Administration in 1917. Hoover promoted the idea of sending more meat, fat, sugar, and wheat to Europe. To his joy, many Americans voluntarily donated their food. Hoover was beginning to effectively help the troops abroad through these governmental administrations. “Others are giving their blood. You will shorten the war- save life if you eat only what you need and waste nothing.” This was one of the remarks that Hoover urged in hopes of spurring American citizens on to donate more. 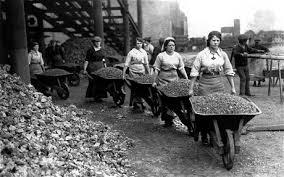 Women suffrage was able to gain more momentum through the war, as many of the programs implemented during this time helped the advancement of many reforms. Due to the women’s ability to show leadership and help through a time where many men were away fighting, women’s patriotism was commended by many. Many thought that because women showed such astounding patriotism during World War I, that they should have the full right to vote.With the economic changes that were occurring in the United States, it also brought a time for women to obtain occupational success. The labor shortages that were so apparent during this time allowed more than one million women to secure jobs that they would never had been able to receive. This was essentially the beginning of the system created known as “mothers’ pensions,” which was a way for troops and men earning lower incomes to feel secure that their families would be able to live.

W.E.B. Du Bois was one of several African American activists that rose up through a time of extreme racial discrimination. Specifically, Du Bois became well-known during World War I with his publication of “Close Ranks.” This publication received so much attention due to the fact that it was very controversial however it was very misunderstood. Du Bois wrote that he urged African Americans to” forget (their) special grievances and close ranks,” hoping Americans could come together for the rest of the war. Many now believe, that Du Bois wrote “Close Ranks” with hope of coming together, however the war did not help the promote equal rights. “The Wider significance of the controversy over 'Close Ranks' and the proposed commission lies in what it reveals about the potential for schism among black leaders and organizations at a pivotal moment in the development of civil rights thought.” A time of hope for many African Americans seemingly turned out to be the exact opposite, and the start of racial violence and a bigger divide between racial populations.