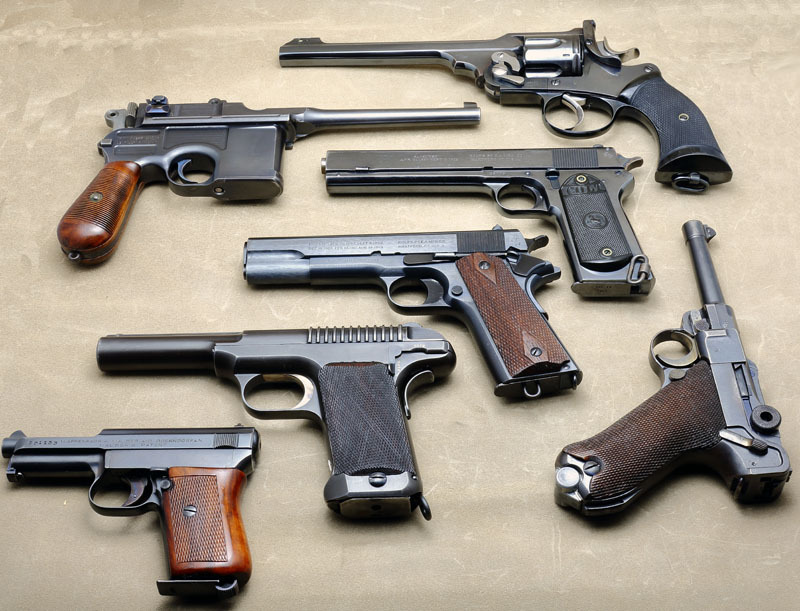 The pistol for both sides of the war was used as a great last defense weapon. The flag that you had on your shoulder would usually dictate the pistol that was issued to you. For instance, the United States soldiers would’ve been issued the Colt 1911. The Germans had the luger 9mm, and then there was an abundance of revolvers floating around both sides of the war. Pistols weren't a crucial weapon to the war, but they protected soldiers as a last resort and were able to be used in the tight quarter combat of the trenches. 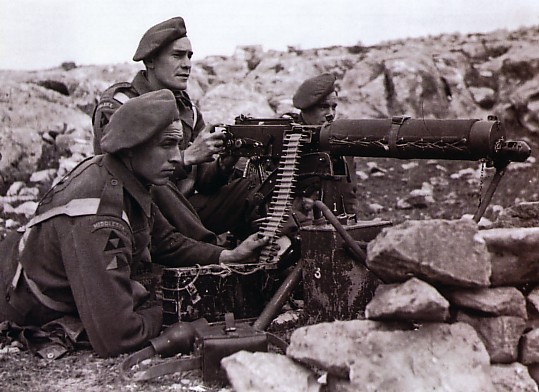 Machine guns were extremely important to WWI. The reason that the machine gun was so important is because before this war, there were attempts at using weaponry like this, but never in such a large capacity making opposing soldiers not used to this type of weapon. For the first time in history, machine guns were more portable making soldiers have the ability to move them as they pleased, making the opposing forces attacking forces more exposed to casualties. This encouraged "enfilade firing" which is where "machine guns are positioned on the flanks of the battlefield, crisscrossing the approaching enemy with sustained bursts of firepower-producing a killing zone where trained gunners could inflict major losses." This is just one example of the different tactics that were used because of the machine gun, making it one of (if not) the deadliest weapon of the war. 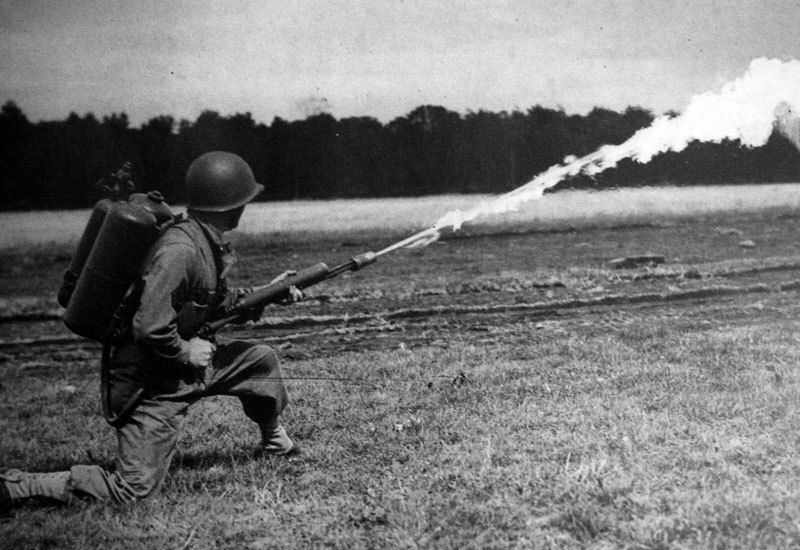 Flamethrowers are an interesting weapon that was used during the duration of WWI. They were some of the most dangerous weapons used during the war because they could not only kill a swarm of opposing soldiers, but they also caused great danger to the soldier operating the weapon. Since the flamethrower was such a force to reckon with on the battlefield, it was the focus of the opposing soldiers to take it out first and foremost. The flamethrower was a great weapon for trenches and it helped deter attacking forces. The German military was the first to integrate this weapon into their strategy, but by the end of the war most major powers have attempted to use the same technology. 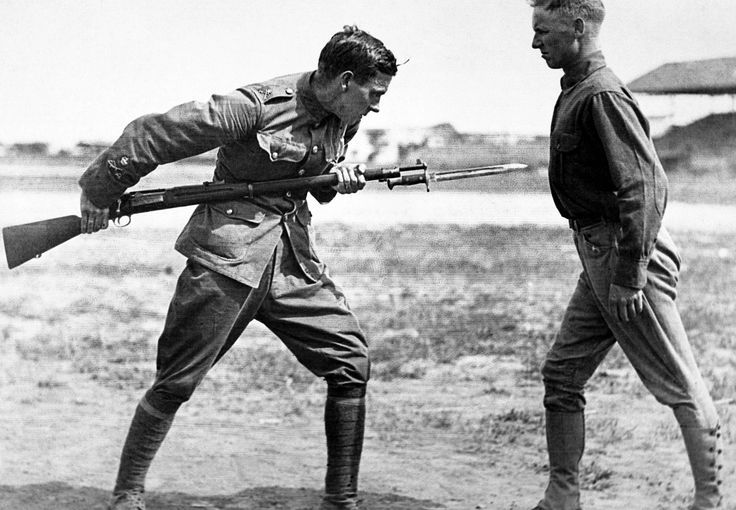 The bayonet is a simple addition to the rifles that were used during WWI. When looking at bayonets, they will appear to be just a typical knife that was attached to the front of the rifle. That is essentially what they are. Bayonets were also considered to be a last resort weapon within the trenches. They represent a "throwback concept of an aggressive method of warfare." All in all the bayonet was not something that was an absolute necessity for a soldier, but it was a nice weapon for them to use as a last resort. 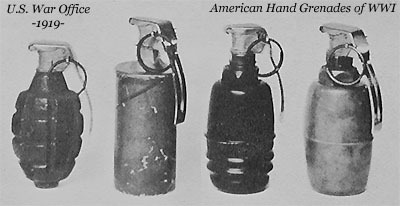 Grenades were some of the most technologically advanced weapons that came out of this time period. Once again, depending on what side you were fighting for, you would have different standard issue grenades. This time period for grenades was extremely important because the technology was good enough to finally allow these kind of advances in weaponry. Thus the grenade was built after many trial and error attempts. It did not disappoint because it was able to clear a trench while still allowing a soldier to be safe in his own trench. The early grenades were made by the Germans but by the end of the war everyone had their own version (just like a lot of the other weapons). By the end of the war British were producing up to 1 million mills bombs per week. Grenades were a weapon that was favored by soldiers by the time the war ended and they helped shape how the war was fought. 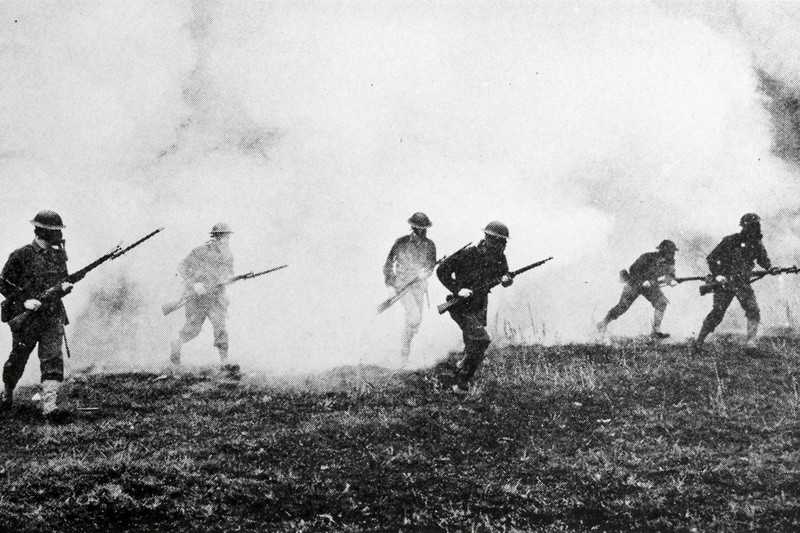 Chemical weapons were some of the deadliest weapons used during WWI. This is partly the reason that they are now banned in warfare across the world. Chemical weapons were dangerous in both a physical sense but also a mental sense. Soldiers were so afraid that they were going to get gassed that they would lose structure within their ranks the minute they realized that gas had been dropped. One of the issues with dropping gas was that there was really no way to control who you were going to hit, making casualties/fatalities on both sides of the war a lot more likely. Chemical weapons were by far the most dangerous of the weapons that were used in WWI because they were so extremely unpredictable. 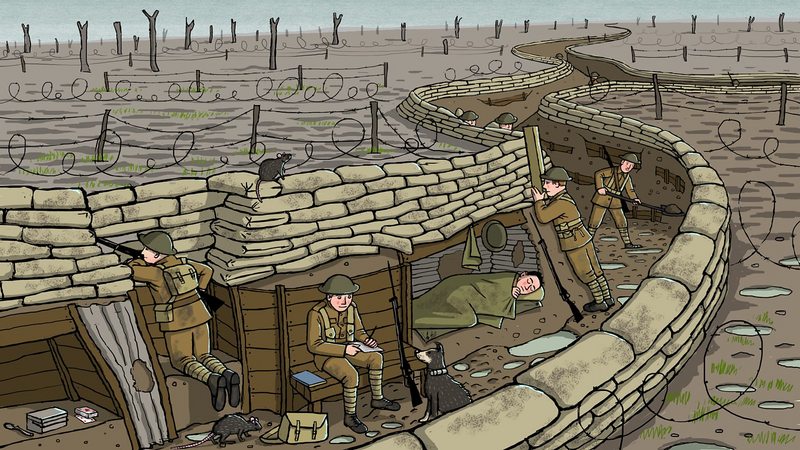 Trenches were some of the craziest things to happen during World War I. They started off as foxholes made by soldiers to try to avoid massive amounts of machine gun fire; but they ended up becoming linked together and making a tunnel like system out of the trenches. The trenches were the main type of warfare during WWI and it was a very dangerous type of fighting. It was a lot of hand to hand combat within a close quartered situation which made the use for some of the smaller weapons ideal. Without the trench system, the death toll might have been even larger then it already was because soldiers wouldn’t have bee able to take cover from all of the machine gun fire. The trench warfare style that was practiced in WWI was both innovative and disastrous. It was like pick your poison, both of which you were going to probably die from.