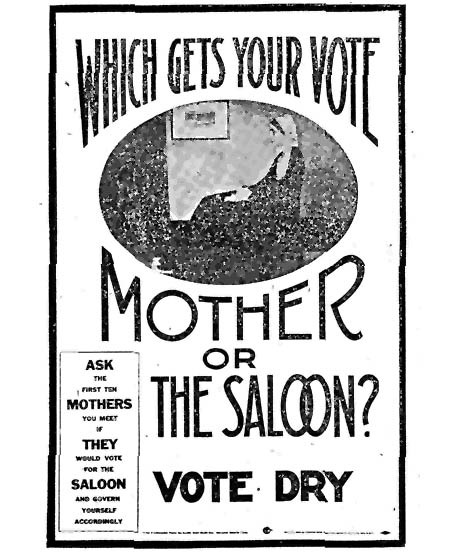 The beginning of the 20th century was a time where America was going through many changes and fairly quickly.  There were racial problems going on then as they still go on today, there were issue between laborers and their employers.  People were still working 70+ hour workweeks just to get by.  The working class, which makes up most of the population, leaned on alcohol as their crutch.  When you would finish your long shift at the factory or plant you were working at you would most likely go to the bar and have a few drinks with your buddies to relax and have some sort of fun.  But with alcohol there is always going to be issues that develop from its use.  With all the negative turmoil going on around this period, activist groups for women, youth, and unions began to label alcohol as the enemy.  It was being seen as something that was causing too much of an issue for the working class.  They also argued that with this prohibition on alcohol it would generate a stimulate for the economy.  They were thinking that if these workers were not spending all of their money out partying and drinking that they would spend more of it on entertainment, clothes, and other consumable items 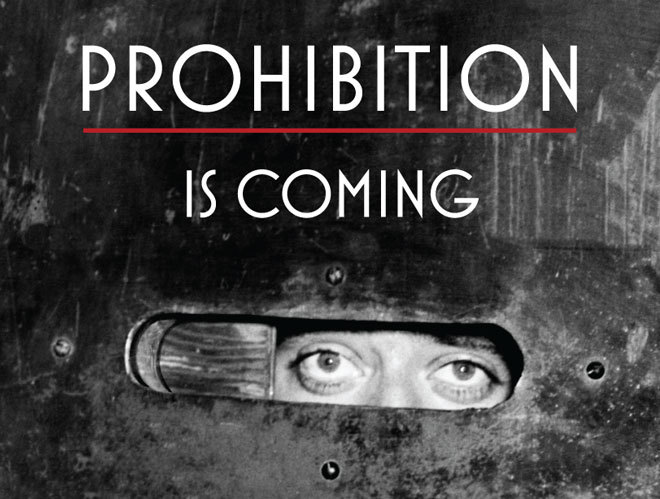 This photo shows how the people of this era lived.  People would hear about most speakeasies through word of mouth.  With alcohol being illegal but still in extremely high demand, these speakeasies developed passwords upon entry to make sure cops wouldnt come.

The exact opposite outcome is what they received.  The Department of Commerce in the Statistical abstract of the United States submitted numbers that show the true effect of prohibition.  In their report, the found that during the years 1910-1914 the average annual per capita consumption of hard liquor was 1.46 proof gallons.  While the per a capita rate for Prohibition years was reported as 1.63 proof gallons of hard liquor.  That is a staggering 11.64 percent rise due to Prohibition. One of the huge arguments for the Prohibition was that it was affecting the young Americans and making them turn into something bad and frowned upon.  This was one of the reasons that helped gain support, but again the intended effect was not what they got.  In a report that was commissioned by President Richard Nixon they found that the average age at the formation of a drink habit pre-prohibition, in 1914 was 21.4 years old for males and 27.9 years for females.  During the Prohibition years of 1920-1923 the average age at formation of drink habit was now down to 20.6 years old for males and 25.8 for females.

Throughout the nation cities would see arrest rates soar to new heights not yet seen at the time.  In Philadelphia alone their highest number rose by 30,000 arrest from the previous high.  Before Prohibition their highest arrest year count was at 103,673 in 1913.  After Prohibition went into effect that number rose to 137,263 by 1925, a staggering of 32.4% of arrest just in Philadelphia, the city of brotherly love.  This gave way to bootlegging and speakeasies.  During the time these bootleggers and speakeasies were able to pay off law enforcement, which caused these suppliers to flourish.  In Chicago alone in the early 1920s they had over 7,000 secret drinking parlors that required a password upon entry.  Throughout the nation the estimates of these illegal institutions range from 200,000 of them to 500,000.  People were finding anyway possible to get their alcohol.  There were pharmacies that were applying to get liquor licenses so they could prescribe their “sick” patients with medicinal alcohol.

This photo depicts exactly how the majority of the population in the United States felt about the new law put into place.  A high percentage of the people did not abide by it, so why not make fun of the stupiditity of the law. 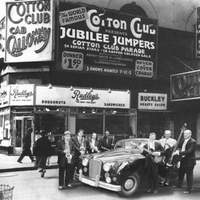 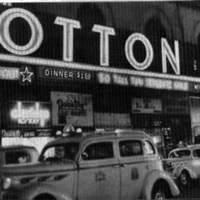 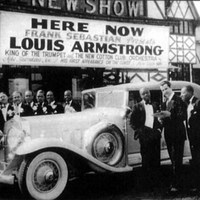 The Cotton Club was THE for New Yorkers.  It was the hotspot during the prohibition era.  Not only did it give the population their demand for a popular speak easy at the time, but it also serviced as an efficient night club as well bringing in countless world class acts  The Cotton Club was an "All-White" club, where guest of the club had to wear all white to get in, while performers would be the only ones allowed to wear black.