US Involvement In WWI 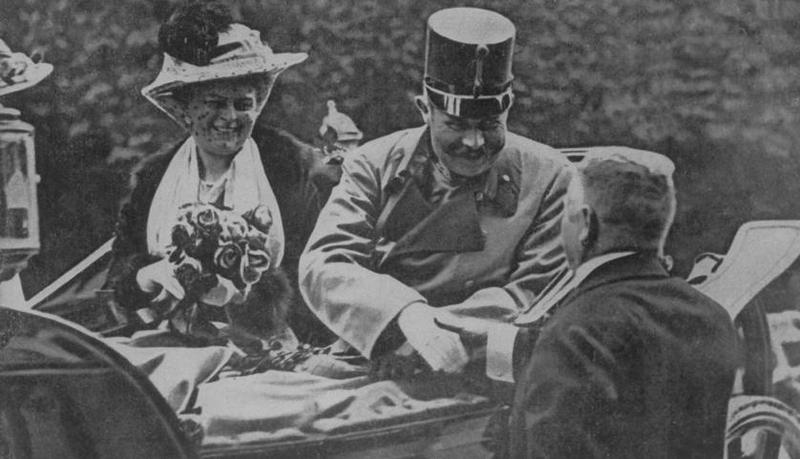 The assassination of the Archduke of Austria-Hungary, Franz Ferdinand in the summer of 1914 by Serbian terrorist is often considered the cause of World War One. A sense of nationalism spread across the landscape of Europe and as the military of each country grew, alliances began to form in order to provide a sense of security in case of invasion by another neighboring country.  These alliances were woven on top of one another.  So, by the time that the Archduke was assassinated there was no hope of isolating the tension between just two countries.  In fact, Russian and Serbia had an alliance, Germany and Austria had a separate alliance and at the same time, France and Russia had an alliance too.  So, when Austria struck back at Serbia for the assassination of their Archduke, it instantly became a battle between the varying alliances that existed.  Thus, the beginning of a great war between a wide variety of passionate and proud citizens took shape. 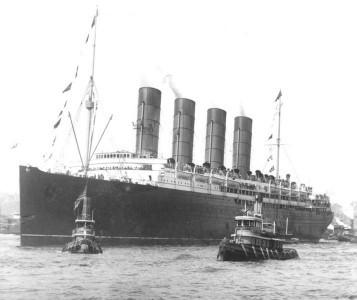 On May 7th, 1915, a German U-boat sank the British Lusitania which killed 1200 people including 128 Americans.  This event angered the citizens of the US who were becoming increasingly nervous about the escalation war talk against the US from countries such as Germany and her Central Power allies.  Shortly after the sinking of the Lusitania, US President Woodrow Wilson gave what is known as the “Too Proud to Fight Speech” in Philadelphia, Pennsylvania. Despite the fact that this speech to newly crowned citizens of our country doesn’t mention the sinking of the Lusitania directly, most people in the US took the speech as a political stance speech designed to respond to the growing tension in America as to whether or not the US should join the War. Declaring war was one of the last things the United States wanted to do, many believe that the US was left with no choice but to get involved.  As well as, there was a common belief around the world that this war was to be “the war to end all wars.” 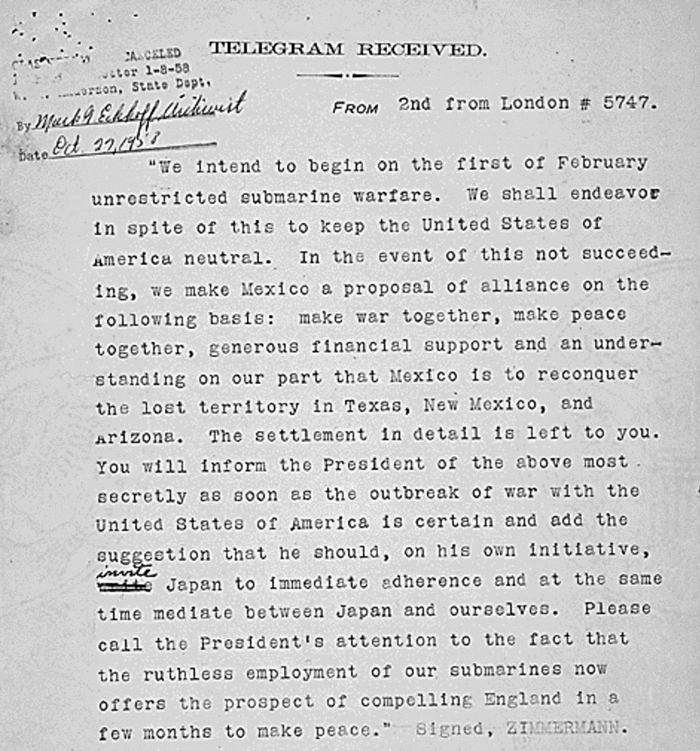 Another significant incident that helped to draw the United States into this war was an intercepted telegram sent by a German leader named Arthur Zimmerman.  This telegram was intercepted by the British while on its way to Mexico.  When the British government interpreted the telegram it essentially was a request that Mexico declare war on the United States and in exchange for this action, Germany would award some of the US land back to Mexico.  Up to this point in the war, nobody with the government of the United States believed that Mexico was much of a threat to carry out such a request however the tone of the German telegram shed a lot of light on the intent of the German military.  It was clear that the German intentions were imperialistic in nature and they were not content to stop at the edges of the European Continent.  Up to this point, President Wilson, now in his second term as the US president has been all about staying out of the war but now, with clear intentions being relayed by the German government, Wilson has officially changed his tune.  After confirming the Zimmerman telegram was indeed authentic, suffering trade woes due to German submarine attacks and other growing threats to the United States, Wilson urged the US Congress to declare war against German.  On April 4, 1917, just two days after Wilson’s formal appeal, the United States of America declared war against Germany.

Trench Warefare was the most brutal style of fighting. Essentially, huge trails of trenches were stretched miles across countrysides of europe. These trenches were the only style of fighting that countries knew how to perform. The tactic to attack the opposising trench was to full on rush to the other side, which didn't really work because machine guns from the enemy were posted and ready to lay fire on nearly all attackers. Trench warefare is ugly, sick, brutal and horrible because the style of fighitng just sprayed bullets across both sides of countries and killed so many soldiers. These trenches were where soldiers lived for months to years, and essentially stranded inside the trenches with horrible conditions. All soldiers must find a way to survive through trench foot, starvation, weather conditions and the sound of the whistle to charge the opposing trench and potentially/most likely lose thier life. These trenches in France, Germany and other countries are still visiable and look as if they are just grass mounds that have been constructed on. It is a true piece of history that is left behind. 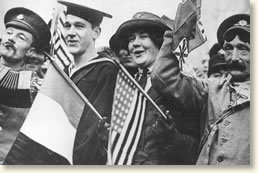 On the 11th hour of the 11th day of the 11th month the first world and great war came to an end. Armistice day, was the name of the ending of WWI and ever since, Americans call this day, Veterans Day. Nearly 21 million were wounded and 9 million were killed, as well as about 5 millio civilians died from not only war actions. The end to the war was offically ended with a treaty, the Treaty of Versailles that is. Germany formally surrendered on Armistice day, and all countries agreed to stop fighting however the treaty was signed nearly six months later. The Germans were embarassed to surrender because this left them with a terrible reputation. The Allied forces strictly made Germany take responsibility for the war, pay for the war which led them to billions in debt, and give up German territories. This weakened Germany and their allies severely because of the amount of debt and lack of military force the country had left over. Eventually, the man named Adolf Hitler would take Germany out of embarassement and distress and rise to become one of the most powerful nations ever to stand in world history. Hitler would lead Germany and other allies to another world war, that would become one of or if not the most horrific wars of all, World War II.