Immigration into the United States 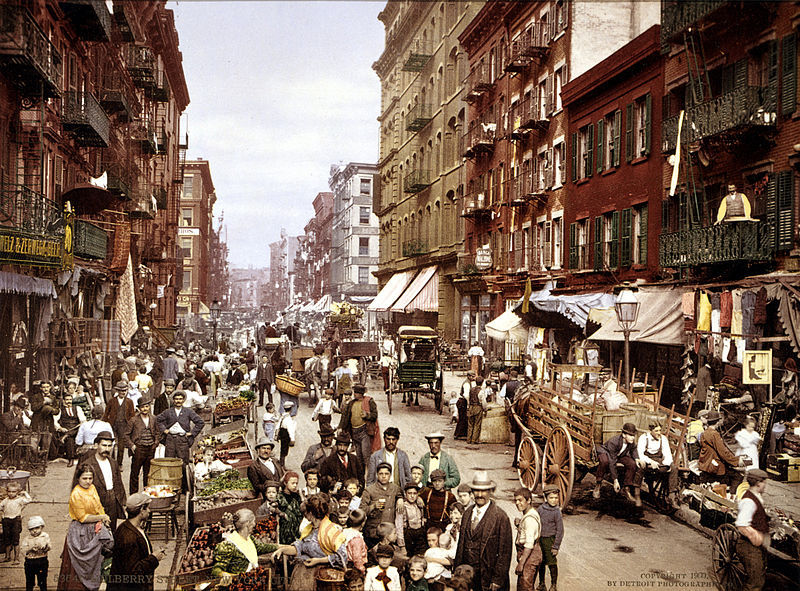 An immigrant neighborhood in New York's lower East side, ca. 1900.

Between 1870 and 1920, the United States received an unprecidented amount of immigrants from various European and Asian countries. These immigrants would fundamentally alter the national character of the United States, and provide much needed labor for the country's burgeoning industries. Within this section, you will be presented with details about several important immigrant groups, and their experience in the United States during this era.