A man walks home from his job in a factory after working fifteen hours for minimal pay. Waiting for him at home is a different struggle from what he faces at the factory. Here he has children and a family that he needs to provide for, but he can’t because he is crippled by the mental and physical pain of living in such a time in history. On his way home, he stops at the local brothel only to finally leave when his “needs” as a man have been met. The Brothel is a place where he can escape reality and drown his suffering in sex and booze. As he leaves the building, drunk and belligerent, he goes to his home only to neglect his wife and his children.

A lady walks into a doctor’s office with a headache from the difficult duties of being a stay at home wife. The doctor prescribes her the “wonder drug of the early 1880s,”[1] – cocaine. The women gets to her home and injects 1 grain of the byproduct of the cocoa plant and immediately feels the reasons as to why this drug has gained the reputation it has. “At first, I injected one grain and experienced an exhilaration of spirits similar to that produced by two or three glasses of champagne….”[2] While this may seem Ludacris to us, this came at a time where doctors were offering free trials for other narcotics such as laudanum, morphine, and opium.

Imagine walking down the street in the late nineteenth century Virginia and knowing that most of the people you are seeing are “junk users” – people who use the drug opium. It is 1878 and a local journalist in the town of Staunton, VA is describing his recent conversation with a Mr. Allen, a local druggist for the town. “… the asylums here… consume a great deal of morphine in a legitimate way, but what they use is only a drop in the bucket.” At the time, nearly one hundred pounds of opium a week was being consumed in the town of Staunton, which only had around 8,000-10,000 people living in it. Men, Women and Children are using opioids for treatment of everyday problems. These are the conditions that the working and middle class during the progressive era had to face on a daily basis. 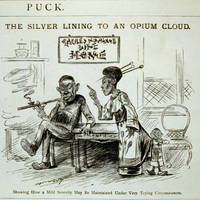 "The Silver Lining to an Opium Cloud" by Michael Angelo Wolf 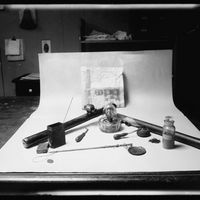 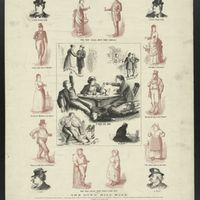 "The Down Hill Road" by H.L. Hastings 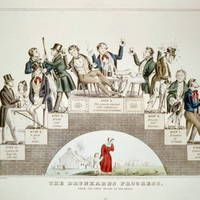 "The Drunkards Progress" by N. Currier 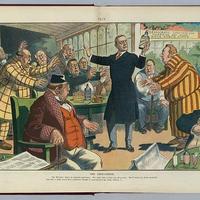